Rockstar: Red Dead Redemption 2 Will Be “Even More Tedious” on Next-Gen Consoles 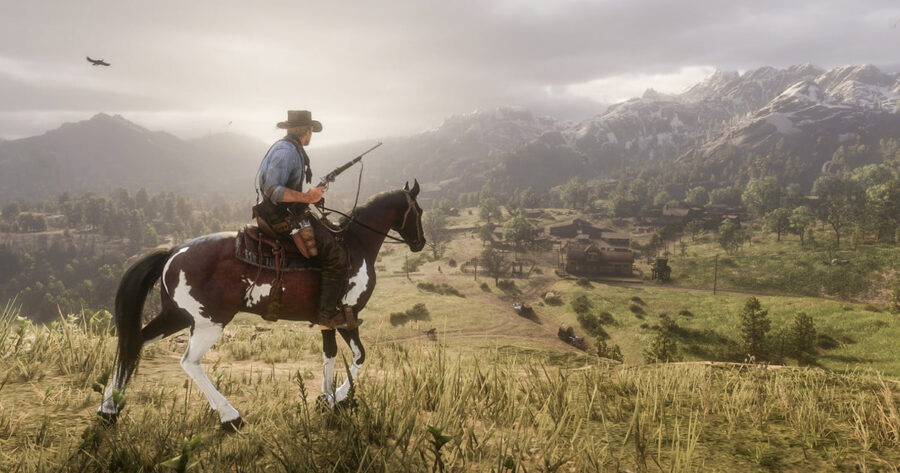 NEW YORK — In anticipation of upcoming next-gen video game consoles, Rockstar Games has promised an enhanced version of Red Dead Redemption 2, which will reportedly “push the limits of tedium” in modern gaming.

“With the original version of Red Dead Redemption 2, we set a new standard for what it means to be bored while playing a video game,” said a Rockstar spokesperson in an extremely long and repetitive virtual press conference. “But thanks to the exciting capabilities of the PS5 and Xbox Series X, players will be able to experience monotony more vividly than ever before.”

The company confirmed that the changes would go beyond simple graphical improvements, with the goal of immersing players more deeply into banality.

“We wanted to take the sluggish pacing of the original game and enhance it, bringing players even closer to the humdrum occurrences of their daily lives. For instance, many players complained that it takes several minutes for Arthur to dish up his soup and eat it every morning,” said the spokesperson while suspenseful music began to play. “Well, we heard you, and that’s why we are pleased to announce a brand new feature: 45-minute meals, mandatory, three times per day.”

The virtual conference then cut to 45 incredibly realistic minutes of Arthur Morgan taking individual spoonfuls of soup, blowing on them, and swallowing. Other than the occasional clearing of his throat, the only sound was the wind and the clicking of his spoon on the bowl.

“As for what happens when he’s finished digesting, you’ll just have to wait and see it for yourself,” said the spokesperson after the clip. “See it, hear it, and even—well, let’s just say you’ll be amazed.”

Reactions were mixed, with diehard fans among the most enthusiastic.

“I loved the original game, but sometimes I’d be finishing a 10-minute horse ride to complete a single fetch quest, and it’s like, I wish the game had given me a little time to enjoy the scenery,” said Lance Whist, a self-described Red Dead Head. “In the Old West, journeys from one town to another often took an entire day, or longer. Here’s hoping Rockstar embraces a bit of that realism.”

At the end of the press conference, Rockstar announced that the enhanced game would cost $60, paid exclusively in valid currency from 1899.