Rip-Off: God of War Christianity DLC Only Has One Boss 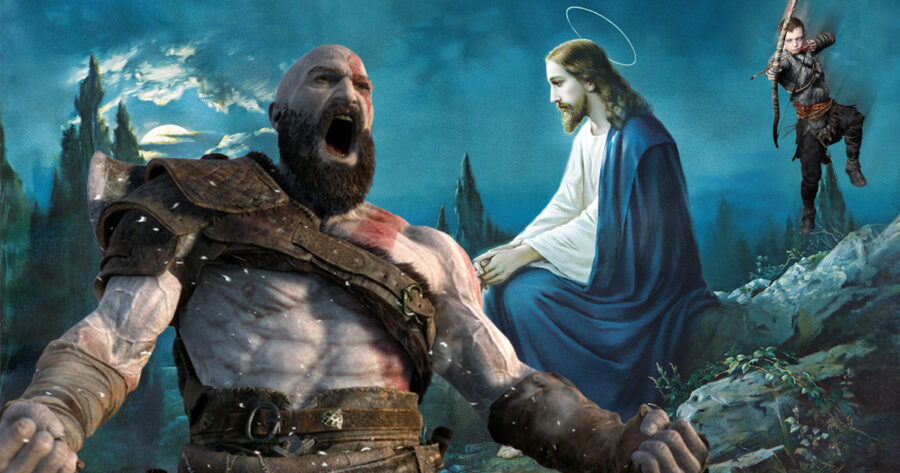 Sources have confirmed that the upcoming God of War: Christianity DLC will only have one boss, a move that many see as continuing a trend of studios pressuring gamers into spending their hard earned money on overpriced and shallow content.

“The God of War series’ top priority has always been historical and cultural accuracy,” said creative director Cory Barlog, defending the decision to gathered press earlier today. “It would be categorically wrong to have any other boss besides our Lord God, YHWH, the Alpha and the Omega. Besides, there’s plenty of other content to justify the $24.99 price tag. We have this really fun fishers of men minigame, and we’re bringing back quick-time events to make Kratos hug tax collectors.”

What a cheapskate! Unsurprisingly, users of the r/GodofWar subreddit were vocally displeased about the announcement.

“I can’t believe Sony would fuck us over like this,” redditor PM_ME_UR_GREEK_NUDES said in a gilded post. “Some bootlickers in this sub have been saying there are actually three bosses, but they’re just different forms of the same guy. And I heard most of the DLC is an escort mission with twelve NPCs. Don’t support Sony’s shitty business practices. I bet a hundred bucks they’re just gonna reskin this one for the Judaism and Islam DLCs.”

Although most agree that the release is nothing more than a cynical cash grab, the Vatican has applauded the DLC’s theological accuracy. Pope Francis even issued an official papal statement on the matter.

“As a devout follower of Christ and a huge fan of that Kratos dude, the Church can wholly endorse the new downloadable content,” the statement read.  “Our playtest of consecrated review code offered at least two hours of Biblically sound ultraviolent gameplay. My favorite new mechanic is how the player must shout three Hail Marys into the PS4 headset to restore health. The regen in Rage Mode was totally OP anyway.”

Despite Pope Francis’ blessing, it appears that the backlash from might have resonated with Sony, resulting in a rare victory for the cash strapped gamer. At press time, Barlog had announced Hinduism DLC, which will add a boss rush mode with 33 million rounds.