Review: Link and Navi’s New Podcast Is Way Too One-Sided 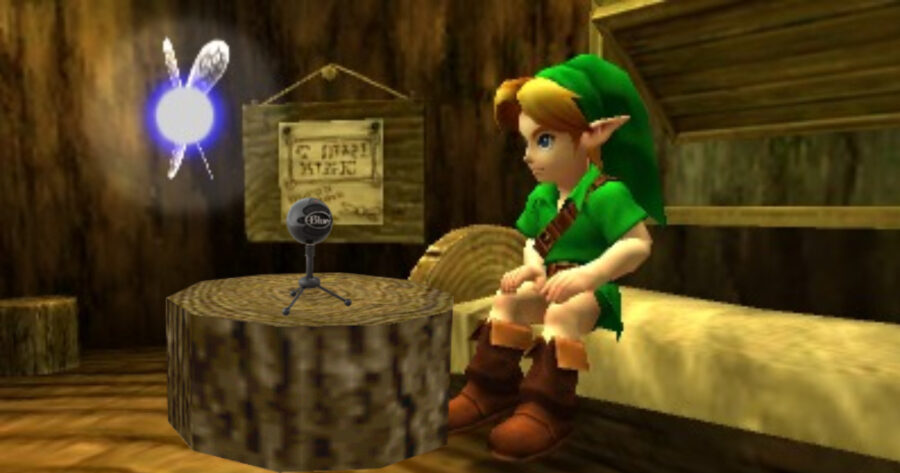 The highly anticipated podcast from iconic gaming duo Link and Navi has finally debuted, and sadly, they have produced an extremely one-sided and unbalanced show.

In their new investigative podcast Ocarina of Crime, legendary Hylian adventurer Link and his fairy friend Navi discuss infamous crimes throughout history. However, the pilot episode, which purports to focus on the mysterious disappearance of Jabu-Jabu, spends very little time actually discussing the different aspects of the case.

“Hey! Look!” begins the program, though co-host Navi’s compelling calls to attention are never satisfactorily followed up on. This blatant attempt at a catchphrase is repeated dozens more times throughout the three hour podcast, with absolutely zero response from Navi’s partner, save for several onomatopoeia, such as “Hyuh!” and “Ehh!” occasionally deployed in response to Navi.

Strangely enough, the closest thing to an actual dialogue is heard whenever an ad read occurs on the show. They are generally introduced by long ocarina songs that seem to summon their producer, who then proceeds to read a scripted pitch from one of their sponsors, which include Casper Mattress and The Dark World Bomb Shop. These are usually underscored by Navi, once again dominating the show and demanding that audiences listen to the ad currently happening.

First episodes are generally rough, but this first installment of Ocarina of Crime is particularly unlistenable. Until they develop a better format, and Link starts to carry his weight as a co-host, you should hop on a ship, play “The Ballad of Gales,” and avoid this podcast at any cost.

Want a podcast from hosts who talk? Check out The Video Game Super Show! Show, in which two of our editors watch and discuss every episode of  1989’s Captain N: The Game Master: