Review: Aliens: Fireteam Elite Is One of the Best Left 4 Dead Type Games to Come Out in Weeks 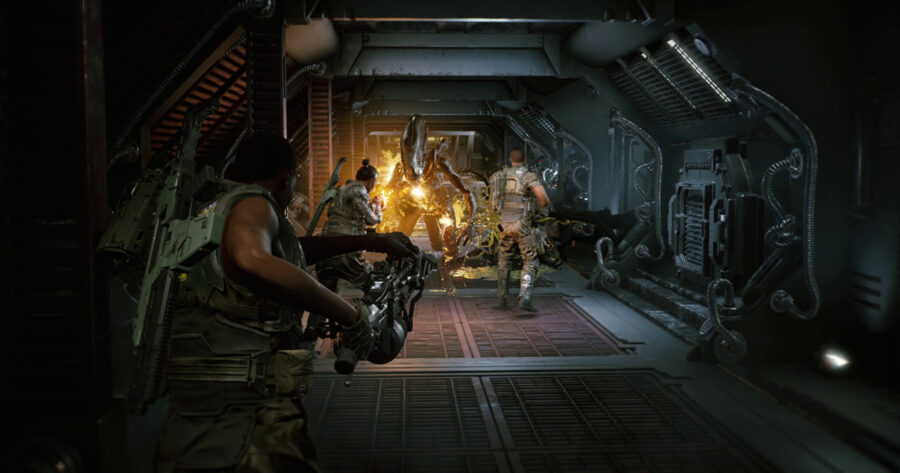 Aliens: Fireteam Elite is easily one of this year’s most anticipated four-on-one shooters loosely modeled after Left 4 Dead, and now that it’s out, we’re happy to report that it’s the best one of these to be released in the last, what, month I guess?

Aliens: Fireteam Elite, like every single other one of these games coming out, is a cooperative first person shooter where players work together to survive hordes of creatures while they scavenge for weapons and supplies.  Basically, it’s like Left 4 Dead with some distinct variations. Among the most notable are the different classes which you level up, and the game’s lack of safe rooms and checkpoints throughout the game’s chapters. And, of course, no zombies, this one has aliens. But there’s the special kinds too and everything, just like Left 4 Dead. Don’t worry.

Is it as good as Left 4 Dead? No. Is it as good as Alien: Isolation? Not really. Is it better than Aliens: Colonel Marines? Yes, of course. Is it the next shooter coming down the assembly line that we will consume and talk about with the same fervor regardless of our collective enjoyment of it, all but ensuring that the AAA video game space will forever be riddled with dozens of clones for every truly innovative game? I dunno! The guns feel nice, though!

It’s got shortcomings, most notably that lack of innovation from level to level. The whole thing’s just a little redundant and it lacks the memorable moments that made its predecessors really pop. It’s ultimately pretty fun though, if you like Left 4 Dead.

Oh, you know what one looks cool too? Second Extinction. They’re doing Left 4 Dead with dinosaurs.

And then reminder, this Fireteam one is with Aliens. Little face huggers and whatnot.

Also a reminder that you can just buy Left 4 Dead 2 on Steam still.

Verdict: Since Back 4 Blood’s closed beta is over and doesn’t come out until October, Aliens: Fireteam Elite is the best bet for fans hoping to one day get their hands on a real life Left 4 Dead 3. It doesn’t quite live up to the high standard of that franchise, but we are still holding out hope for other upcoming titles built on a similar premise, including The Anacrusis, Warhammer 40,000: Darktide, Tom Clancy’s Rainbow Six Extraction, that Control spinoff, and that Evil Dead game.

(Note: As of press time, Aliens: Fireteam Elite announced it was adding an ‘Impostor’ mode to the title. Sounds fun!)