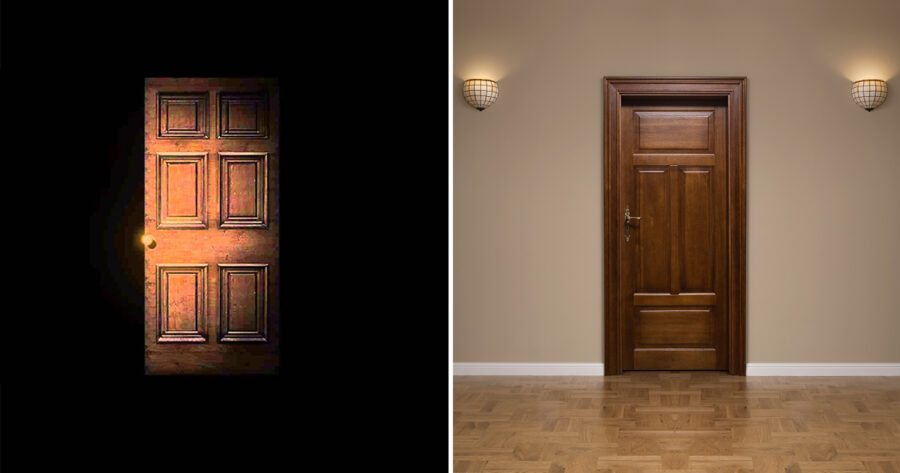 OSAKA, Japan  — Resident Evil creator Shinji Mikami revealed today that the key inspiration for the survival horror franchise was a door that he opened up in his kitchen one day.

“People always ask me if my work was inspired by George Romero or Alone in the Dark,” explained Mikami. “And while those things were clearly influential on what we ended up putting out, I’d be remiss if I didn’t tell you where it all started. I woke up in the middle of the night one time, and as I approached the kitchen door, I stood there for about a minute, just wondering what might be on the other side of it. Zombie dogs? A police force slowly being consumed by the evil within a house? It ended up just being my kitchen, but staring at that door for a minute in the middle of the night definitely planted the seeds for the franchise we all know and love today.”

Fans of the series were surprised to know that the inspiration for it all stemmed from such an ordinary object and not something more sinister.

“Wow, I would’ve thought he saw some decomposing roadkill or at the very least had a fever dream about a flesh eating pandemic or something,” said Alan Judith, a longtime fan of the franchise. “But I guess it was just his kitchen door. Makes sense, especially when you go back and play the old ones. It’s like half staring at doors. Other games were exploring survival horror and 3D navigation, but no other games of the era made me sit and contemplate wooden fucking doors quite like Resident Evil.”

Experts have long cited the influence of the landmark 1996 title in subsequent generations of video games.

“Resident Evil’s influence on modern gaming is tough to put into words, really,” said Sue Melman, a gaming columnist. “The game didn’t so much invent or pioneer any new techniques in suspenseful narrative storytelling or effective voice acting, but it did open the door to a brave new future of gaming. It took a little longer for that door to open than we would have liked, sure, but we’ve arrived at the other side now, and the results have been well worth the wait.”

As of press time, Shinji Mikami had said he would soon be debuting a brand new franchise, after he had to use those creepy stairs that go up to his attic.