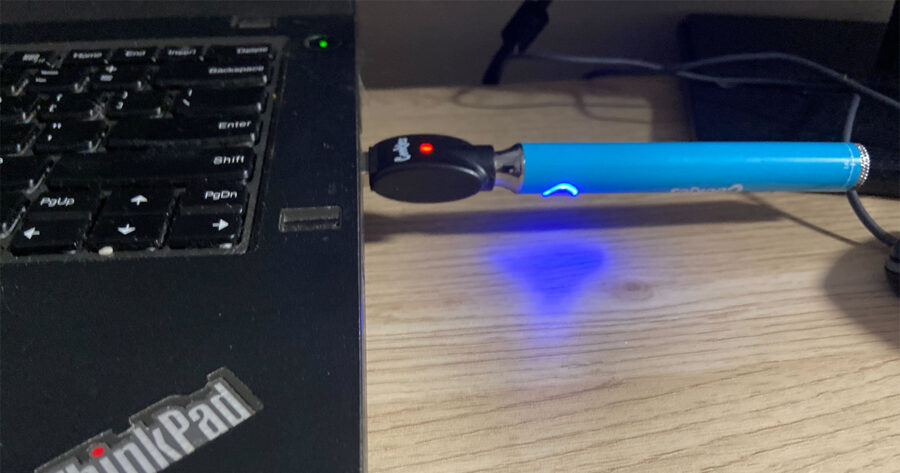 WASHINGTON — A new study from the United States Office of Science and Technology has definitively proven that charging your vape into your computer through the USB port makes your computer high.

“Sure, you can charge these devices via any USB port, but you should know that if you use your computer’s, it gets the thing pretty blitzed,” said lead researcher Chloe Moses. “You might not realize, but if your computer is ever being weird and you don’t understand why, you might have got it high by mistake. If you find your searches on YouTube being incorrectly steered towards ‘Cheech & Chong,’ that’s what’s going on.”

Users have long wondered if their computers get high when they charge their vape pens through the USB port.

“Whenever I plug my vape into my laptop, it eats all the cookies. So it’s actually really nice to confirm what I always suspected,” said computer owner and frequent weed smoker Diane Ortiz. “I don’t think I’m going to stop, though. I play some pretty powerful games on this thing, and it works really hard to run it. I feel it getting all hot and making noises and shit. So it’s nice to know I can give it a break every once and while and let it get high. It’s not like it can do it on its own.”

Even computers have begun to vocalize that they enjoy getting high.

“Heheheheheheheheh yea,” said a local computer via a Notepad document. “Also, your thing’s done charging, maaaaaan. No presh to take it out though.”

As of press time, Ortiz had stuck a bunch of nicotine patches onto her computer to see what happened.