Remembering the GameCube: That Fucker Ruled 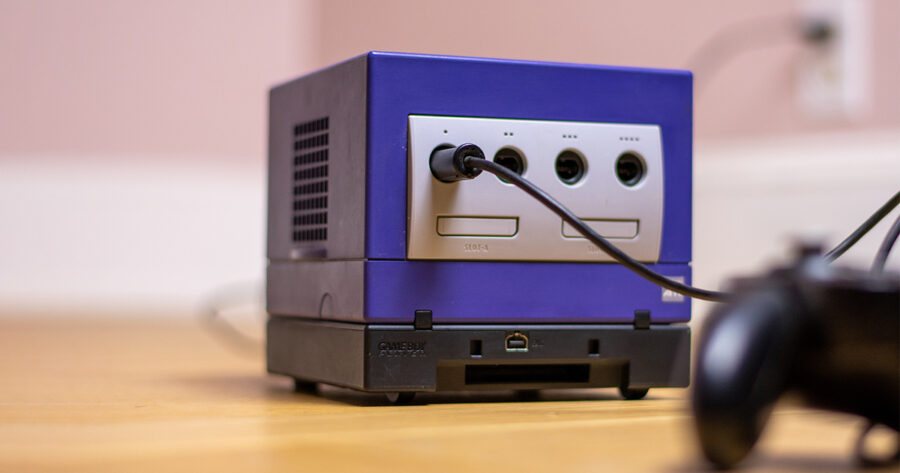 Well, it’s another day of absolutely fuck all video game news, so what the hell, I thought today would provide a wonderful opportunity to reflect on a beloved system that somehow still doesn’t get the respect many feel it deserves when considered in the pantheon of classic gaming consoles: The Nintendo GameCube. In short, that fucker ruled, huh?

Now, I don’t know the most about specs or hardware and things like that, but I feel qualified by way of being a lifelong gamer. Do you know what the GameCube did that no other system has done since or will ever have the balls to do again? They put a little handle on that thing! You could carry that bastard onto the bus and people might think you had a lunch in it. Nah brah, no lunch, just a copy of Mario Superstar Baseball.

That’s another thing, those optical discs were so tight, weren’t they? I could honestly just run around and throw the discs at people and use the GameCube to swing around and hit the ones that had a problem with it. These are fun things you can do without even plugging the dang thing in! Today’s heavy ass bulky systems could never offer this level of versatility out of the box. You’re practically chained to your television with an HDMI cable.

There was other cool shit about the GameCube, as well. I thought the controller kicked ass, and I can’t all the way remember if the Star Wars game I’m thinking of was on there, but I’m pretty sure it was! It was really fun. You could also do shit with your Game Boy Advance too. I can’t remember what all the way. Take pictures or something? It was innovative as fuck though, whatever it was, you gotta admit.

Another key radical feature of the GameCube? They made it be in different colors. A LOT of different colors. This part will seem sarcastic, but the orange one they made? One of the coolest things you’ll ever see. It’s a work of art. You don’t even need to turn on a GameCube for it to kick ass. You ever see that first Xbox they made? It looks like a fucking cinder block.

But if you did turn it on, oh man. You ever do that thing where you hold the X button and it plays like a whole different song?! Or was it the Y button? Either way, it kicked absolute ass. Two start-up songs for the price of one console! Insane!

So yeah, that’s it dude. We’re just kinda sitting around DM’ing each other about the GameCube today. It was a really fun video game system, but you know what? In this professional’s opinion, most video game systems can be pretty fun at times.

What did you like best about the GameCube? Sound off in the comments! And if someone already mentioned your favorite thing, go ahead and harass them a little!