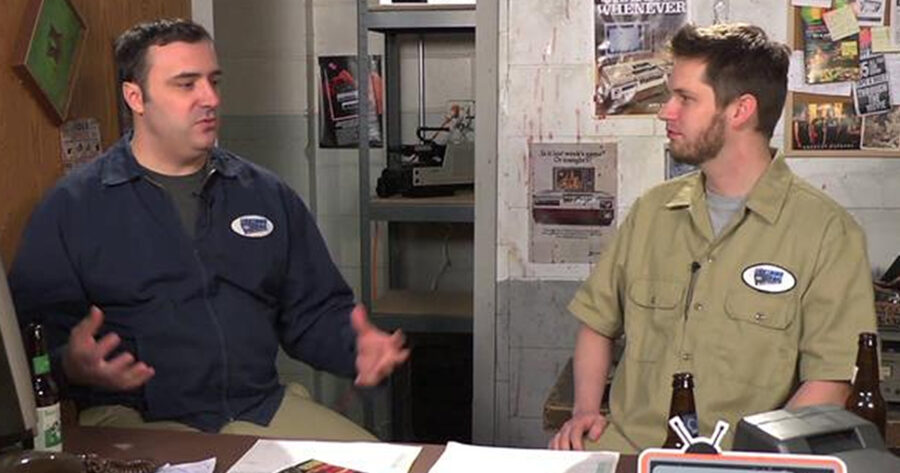 MILWAUKEE, Wis. — In what is being seen as a huge gaffe, popular YouTube channel Red Letter Media accidentally uploaded its harsh critique of the new Marvel film Black Widow half a year before the film arrives in theaters.

“Well, clearly we are going to hate it. I haven’t enjoyed a movie since 1999 and it takes a lot to put these together, so we have to start early,” said RLM personality Mike Stoklasa. “We have to do our normal three-hour review of how much we hated it, and then our Mr. Plinkett review, which is another two hours of repeating the same critiques from our other review but… you know, funny.”

Fans of the channel didn’t seem to care or even notice that something was amiss.

“I hated the movie too. It was all Mary Sue fanservice,” Seth Coleman, who could have not seen the movie, said. “There were these parts in the review where the screen just said ‘Insert footage here’ that were so funny. They also just reused footage from their Picard review, which didn’t make a lot of sense but it was like subversive humor you probably wouldn’t understand.”

Another RLM personality, Jay Bauman, didn’t seem phased by the mistake either.

“Yeah, I don’t fucking care. I’ve been dead inside for years,” Bauman said. “If the movie is good or bad is arbitrary, our fans don’t watch us to hear about things we like. Our reviews all kind of plug-and-play at this point. Harp on a single detail over and over again, zoom in on one scene that isn’t so great and blow it way out of proportion.”

Red Letter Media decided to roll with this trend and upload a video declaring Denis Villeneuve’s Dune remake ‘Film of the Year’ before a trailer is even released.