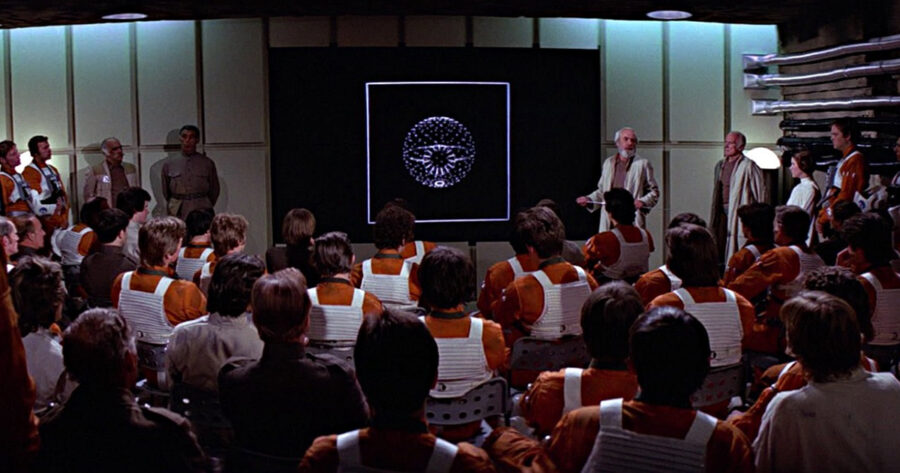 LOS ANGELES — A rebel TV critics association was able to secure the scripts for the unannounced Disney+ series DEATH STAR, which heads of LucasFilm and Disney believed was the ultimate weapon to destroy the entire streaming wars competition.

“We thought critics were no longer of any concern to us — they’ve been praising whatever we release for years — and yet now they plan an attack,” scowled Disney CEO Bob Chapek, his pale and wrinkly face covered mostly by a dark hood. “Whoever is responsible will be made to disappear. We will treat them the same way we did Solo, and they will never be mentioned again.”

Whispers around the industry point to the creators of Disney+ series Andor being responsible for the leak. Although there is no credible evidence, those close to the situation suggest that a rebellious critic may have sacrificed their Hollywood life in order to get their hands on early storyboards for the secret series.

“These bastards are milking their IP more than a thala-siren,” explained a critic who wished to remain anonymous, but admitted to being a former Disney writer until a run-in with a powerful executive forced him on the run. “Luckily the show has a fatal flaw that we’re able to exploit — an exposed plothole that, if fired upon by an expert critic, would cause the entire series to explode from within. It’s our time to fight back and restore the balance of IP and original properties to the mediaverse.”

As of press time, however, despite the rebel group’s ability to shut down the production of DEATH STAR, sources within Disney have revealed that the company plans to just rebuild the show again — this time even larger.