Ranking the Final Fantasy Games Just to Piss You Off 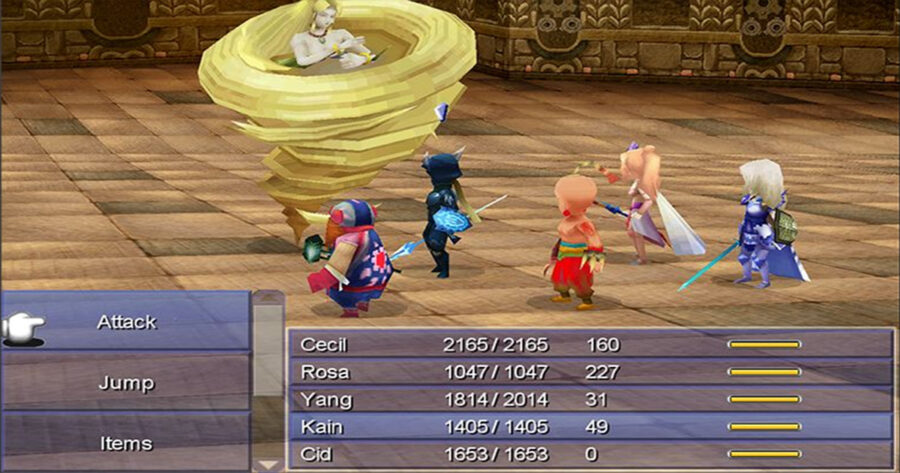 Square Enix’s iconic RPG series Final Fantasy has enthralled gamers for over three decades. With such a broad and devoted fanbase, ranking these beloved titles would certainly be a fool’s errand. Each installment has a lot to offer, both in terms of enjoyment and influence on game design and gaming culture as a whole.

That being said, there’s nothing you can do to stop me from ranking them anyway just for the hell of it. So without further ado, here are the best Final Fantasy games, just to piss you off.

#6: Final Fantasy VIII – With its convoluted story, whiny, adolescent main characters, and half-baked battle mechanics, Final Fantasy VIII is a picture-perfect start to this list, which, again, only exists to evoke a feeling of rage deep inside of you.

#5: Final Fantasy III – Have you ever played Final Fantasy III? Probably not, unless you were a gullible sap with a Nintendo DS and 30 bucks to blow on the game’s 3D remake. You’ve most likely had it on your backlog for a while just because it’s another Final Fantasy, but face it. You’re never gonna actually play this thing. That’s why I put it on this list, because it’s so hilarious to watch you get upset.

#4: Final Fantasy XV – Combine a half-finished game with a story that requires both a movie and an anime to be narratively coherent, and you have the fourth-best Final Fantasy game on this intentionally antagonistic list.

#3: Final Fantasy XIV (Version 1.0) – Don’t get too excited, MMO stans, I’m specifically referring to the base version of Final Fantasy XIV here. Also known as the version that sucked ass and didn’t have anything you actually liked about A Realm Reborn. Take your Shadowbringers and shove it.

#2: Final Fantasy XIII – Man oh man, it feels good to put Final Fantasy XIII so stupidly high up on this list. I can already feel the angry tweets about to come flooding in. I will of course never read them, but their cosmic energy will indirectly fuel me. And just as a cherry on top, I’ll say here that I think Lightning is a better RPG protagonist than Cloud.

Now before we get to the final game on this list, here are a few honorable mentions that just missed the cut. Who cares?

Final Fantasy IV: The After Years

If you disagree with any of the points listed above, you can tweet the link to all of your friends and force them to agree with you if you’re so bent out of shape. Also, Dragon Quest III is better than all of these combined. Fuck you.