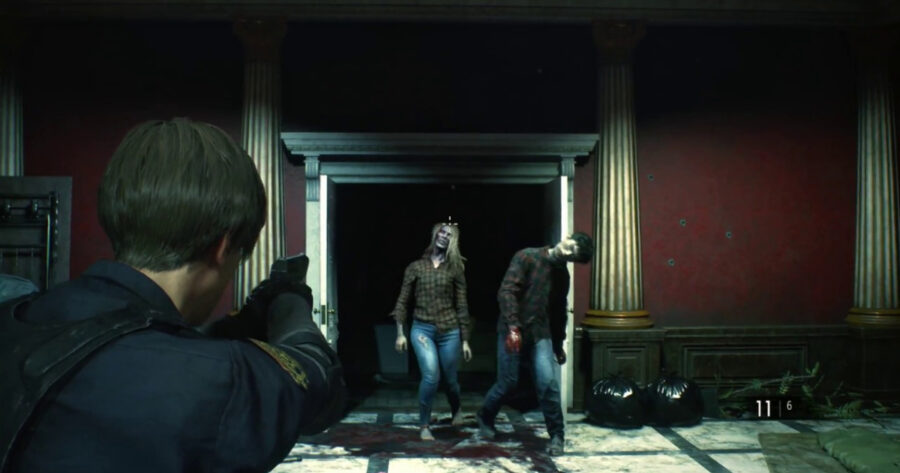 “We’ve heard the outcry and RPD is responding,” said Irons in a press conference earlier today. “We are again requiring patrolmen and S.T.A.R.S members to stand completely still while aiming their service weapon, no matter how many muscular, leather-clad giants are chasing them. And to those who are worried the ban will make Racoon City less safe, allow me to put those doubts to rest. As an American police department, we operate with virtually zero oversight or accountability. We’re still allowed to break into a suspect’s home after finding the unicorn medallion, turn off our body cameras, then plant green herbs on whoever survives. You know, the traditional techniques.”

Irons went on to confirm RPD has no plans to retire the police station’s card suit-based security system, which the city’s Office of the Inspector General once called “complete bullshit.”

“It’s about fucking time,” said Elza Cottman, head of Racoon City’s largest law enforcement watchdog group. “The cops in this city were bad enough when they had the turning radius of a stoned cruise ship and forgot how to walk whenever they drew their guns. I even saw a few of ‘em running around with rocket launchers. How many domestic disturbances is a cop going to de-escalate with a rocket launcher?”

“Anyway,” continued Cottman, “those pigs’ jobs became so much easier after they could move while aiming. The RPD quickly became the scariest thing in the city, and we’ve got zombie dogs in the forest and a giant alligator in the sewers. Maybe now that move while aiming is banned, our community can focus on more important things, like trying to remember which doors we haven’t unlocked in our houses yet.”

At press time, the RPD was attempting to contain a riot that had broken out due to the announcement of a county-wide ink ribbon shortage.