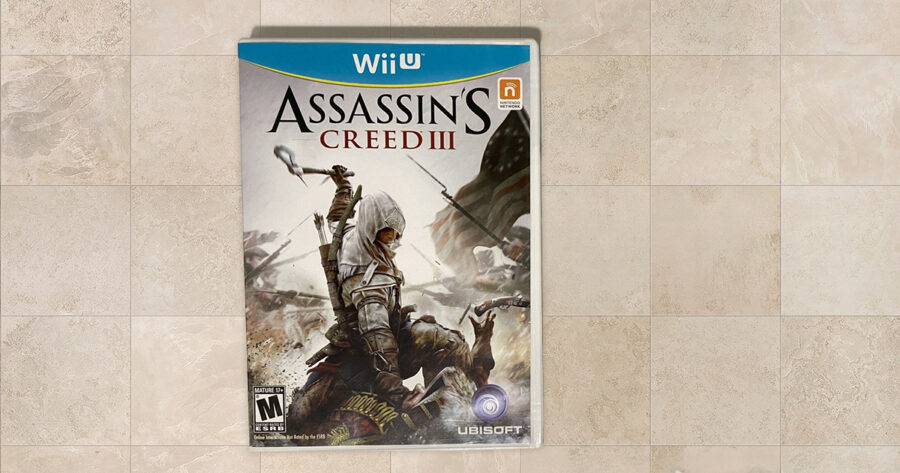 SACRAMENTO, Calif. — Local gamer Patrice Whitman prefers the sense of security he gets from having a tangible, non-digital version of the 2012 video game Assassin’s Creed III.

“I don’t think I could get through the day if Assassin’s Creed III only existed on my storage drive or, heaven forbid, in the damn cloud. I get anxious just thinking about it,” said Whitman, who played the game for a total of four hours in early 2013. “Sometimes I go over to the bookshelf just to touch the disc and make sure it’s still there.”

In addition to the emotional benefits, Whitman also drew a sense of financial stability from having ownership of the game.

“People will just mindlessly download a game, or subscribe to Game Pass or whatever, with no awareness that they’re flushing money down the toilet. Not me,” said Whitman, who also owns physical copies of such classics as Watch Dogs: Legion and Star Wars: Battlefront II. “If I ever need some quick cash, I can head down to GameStop and get a solid $2.15 in store credit, on the spot. You just don’t get that benefit with digital games.”

Mental health professionals have endorsed game discs as a safe way to battle symptoms of anxiety, depression and stress in the modern world.

“Our economy gives consumers the illusion of control, while developing more and more effective ways to suck them dry—subscription models, debt, rental properties, etc. That’s why they end up clinging to meaningless crap, like DVD copies of the worst Assassin’s Creed game, just to pretend they have a speck of human dignity in a world that sees them as a dollar amount on a spreadsheet. Does it make a difference? Of course not,” said Dr. Cameron Dolan, professor of psychology at Stanford University. “But what the hell else are they supposed to do?”

At press time, Whitman had moved from his video game shelf to his CD shelf, to check on his pristine CD copy of Millenium by the Backstreet Boys.