Profile: Meet the 8 Disney Employees Who Had to Turn Individual Keys at the Same Time to Free Bob Iger From Disney Vault 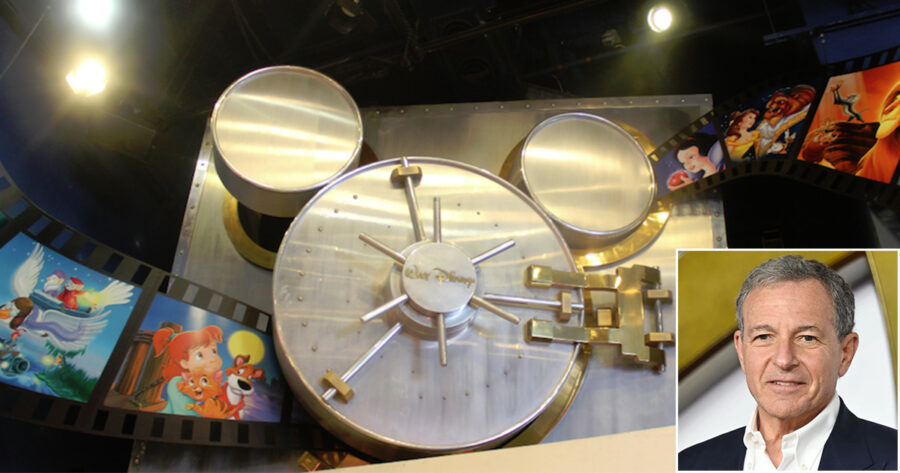 BURBANK, Calif. — Bob Iger has replaced Bob Chapek as Disney CEO Sunday, following an elaborate security protocol that liberated him from the Disney cryo-vault where he has been kept since his official retirement in 2021.

“When you lower a former Disney CEO into the vault for safekeeping, you really hope you’re not going to have to open it again — they do not like being woken up. But our most recent quarterly earnings report was worse than people expected, and the higher-ups decided this was an emergency,” said Disney security chief Gareth Quinn, introducing eight Disney employees whose names will remain anonymous. “So that’s when I did what I hoped I’d never have to do — I sounded the horn to gather The Eight.”

Selected for their work ethic and enthusiasm for the Disney brand, The Eight are members of the Disney staff who carry a small key, stitched under their skin. These keys combine to open the famous Disney vault, built to house any old intellectual property, corporate secrets, and the frozen bodies of every person who has ever run the company.

“It was a real honor to get picked — I was just a college kid dishing out popcorn at Disneyland, but they liked my energy, so they trusted me with this awesome responsibility. They also gave me a cool pin!” said one member of The Eight, displaying her special edition key pin and the freshly stitched gash down her shoulder. “Ripping the key out with my teeth really hurt, but it’s for the good of Disney. Things are bad and only Mr. Iger can save us now. Did you hear people don’t even like the Star Wars hotel?

Another member of The Eight recalled the moment of awe when the vault doors opened and Iger emerged calmly in a perfectly tailored suit.

“He straightened his tie, smiled and then introduced himself to all of us, thanking us for being part of Disney’s mission to bring a little magic to everyone. There was blood everywhere,” said another member, who used a pocket knife to cut the key out of her leg before turning it in unison with the others, all of them screaming in pain. “Bob is really great. He makes you feel seen. Iger, I mean. Chapek might as well be dead to me now. Anyway, hopefully Bob will figure out what to do about Marvel going forward. It’s a mess.”

When asked whether Bob Chapek would be put in the vault, the security chief said no, but confirmed that none of us would ever see him again.