PRO PLAYER’S GUIDE: How to Get Sucked Into Your Steam Deck and Run Around Inside the Video Games 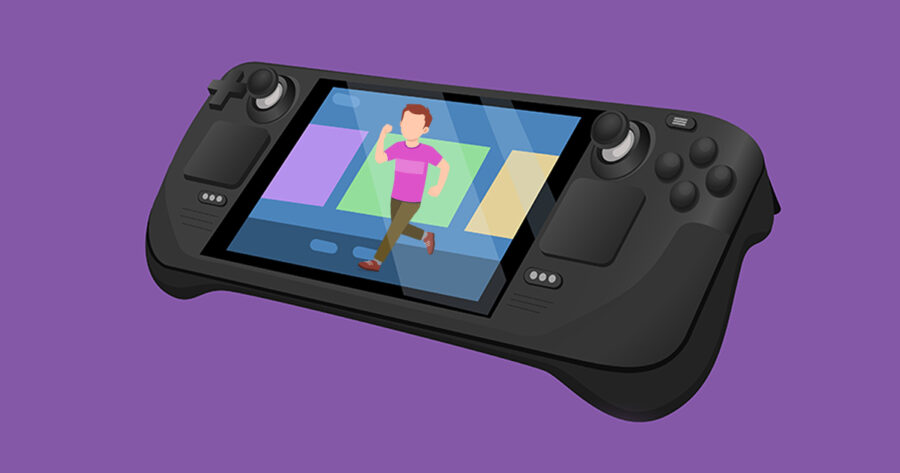 Hey, gamers! The Steam Deck has been out for a few months now, and we’ve moved out of the “first impressions” phase and are fully into the “just what in the fuckin’ heck can this machine REALLY do?” phase, and let me tell you, modders and gamers are finding fun new discoveries every day. From emulating Switch titles to streaming from OBS, following the online Steam Deck community’s latest advances is one of the gaming narratives of the year. Today we’ll look at one of the latest tricks they’ve discovered; how to get zapped into your Steam Deck and run around inside of the video games you play!

Now first, I will address the obvious elephant in the room and answer a question I’m certain many of you have: No, this is not like that terrible Saturday morning Captain N cartoon from the ‘80s. That was the plot of a fictional show about a boy getting sucked into his Nintendo. This is a Steam Deck, and it’s real life. Not some show for little kids.

Anyway, you’re probably going to want to be connected to power when you suck yourself into the digital realm, as the whole process can be taxing on the Steam Deck’s already fickle battery. Additionally, you’re going to want to make sure you have at least 20GB or so of free memory on the device, as the process tends to include some temporary files; nothing too major, considering what we’re doing here.

After that, you’ll want to upload your entire essence onto whichever platform you choose to use. I personally like DNAsquirrel, but any of them will work. (The paid version of BackYouUp is great, for example, but pricey!) Once you’ve answered the questions and dripped the required fluids into your computer, the digital copy of you will be created and downloaded. Remember where you save it, it’s very important!

Next, open up Steam and get to the option that says “Add a non-Steam person to my Steam Library” and then set it to wherever you saved your exact digital copy of yourself a moment ago. Voila! You now have a version of you inside of Steam!

(Note: You might have to change the filter from “Steam games,” to “All files,” if you’re unable to find your digital representation at first.)

Okay, now that you’ve been uploaded to your Steam library, there’s an outside chance you’re not coming back, so you’ll want to get your affairs in order. Fill out a will, feed the dog, whatever you think you should. This one is really up to the player.

Now, if you’ve made everything right between you and the realm of the flesh, it’s time to hold the power button down for five seconds, until a series of reboot options appear. You’ll want to skip past “Sleep,” and “Restart,” and go all the way down to “Restart and Suck Me Into the Steam Deck.”

(IMPORTANT: Before restarting and sucking yourself into the Steam Deck, make sure the room you are in is clean. Loose papers and all kinds of shit are gonna be flying around here in a second if not.)

Honestly, the Steam Deck kind of takes it from here. I watched my friend Don do this and it was crazy, and exactly what it sounds like. If you’ve followed the instructions, you’ll get sucked right into the screen, and from now on you are free to run around inside any of the (compatible) games in your Steam library. Congratulations. You did it.

We’re not really sure exactly what it’s like in there or what happens when nobody’s playing the games, so you’re kind of on your own from here. I bet it’s fun. I’ve been using Don’s Steam Deck, and I swear I saw him in Yakuza 0 the other day, just walking down the street, living the simple life of a video game character. It might’ve just been some guy from Yakuza 0 though, I don’t know for sure.