Preview: Card Shark Is a Fun, Inventive Idea That I Cannot Engage With On a Moral Level as It Encourages Lying 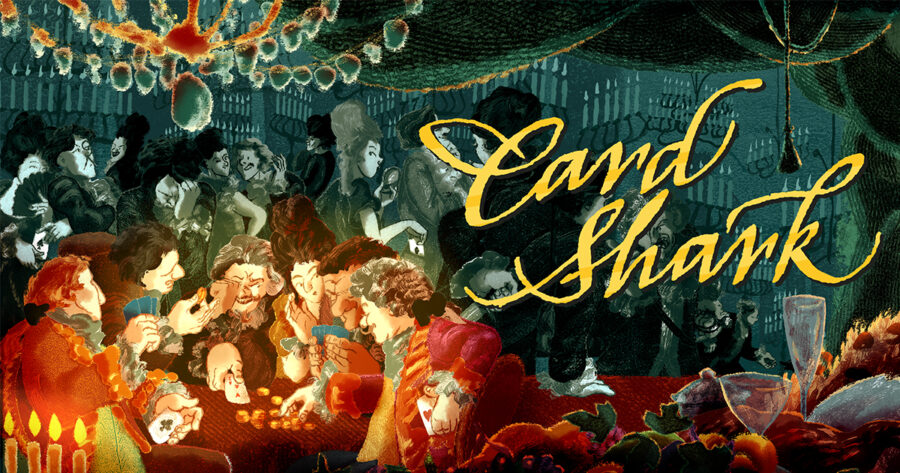 Card Shark, the upcoming game of swindling and sleight of hand from publisher Devolver Digital, is an engaging, story-driven adventure game that I cannot engage with on a moral level as it encourages lying, and is frowned upon by myself, my country, and Him.

The game is a period piece that puts you in the shoes of a barhand in France during the Middle Ages. Through the story, we follow the lead of a charming stranger into a life of card games, chicanery and generally unsportsmanlike behavior. If the alarm bells are not going off for you at this point, my family and I will be saying a futile prayer for you tonight at dinner.

First of all, not only are you French, the most inherently evil of the European peoples, but you’re smack dab in the middle of when they could historically be trusted the least? What’s next? A cooking sim where you don’t call them Freedom Fries and dip them in mayonnaise? Come on, folks. The art style here is gorgeous, but all it does is help your eyes focus on the life of sin presented in front of you. No thanks.

The story of Card Shark is built around the total perversion of good natured gambling, a cultural cornerstone of the righteous and financially stable. Card games are not meant to be played by vagrants in tights and powdered wigs, but by men with hair on their chests, authentic Rolexes on their wrists, and a healthy disdain for the people in their lives who love them.

Cheating, a major mechanic in the game, is an unheard of practice that has no place around the card table. If I am going to lose the mortgage on my house to a guy I met at a bar, it’s going to be because I had the unbridled bravery to do it — not because he had some meek boy-servant peek at my hand while he was pouring me a Miller High Life.

In conclusion, if you are an uncouth, unamerican, and unprofitable servant of the Lord with a knack for conning wealthy aristocrats out of their hard-earned, legally acquired riches? Then this game is for you. Just keep that in mind when you’re in line to have a chat with Saint Peter.

In the meantime, I’ll be getting back to building my fortune the virtuous way: online poker tables.

This review is sponsored by Devolver Digital. That’s right: all of your worst fears about video game reviews being paid for are accurate. The world is crumbling around you. There’s no hope for the video game journalism industry anymore… except… is that a light? Yes… yes! You can wash away your fears and misery by exploring the fascinating scoundrel-filled world of Card Shark! Have fun, gamers!