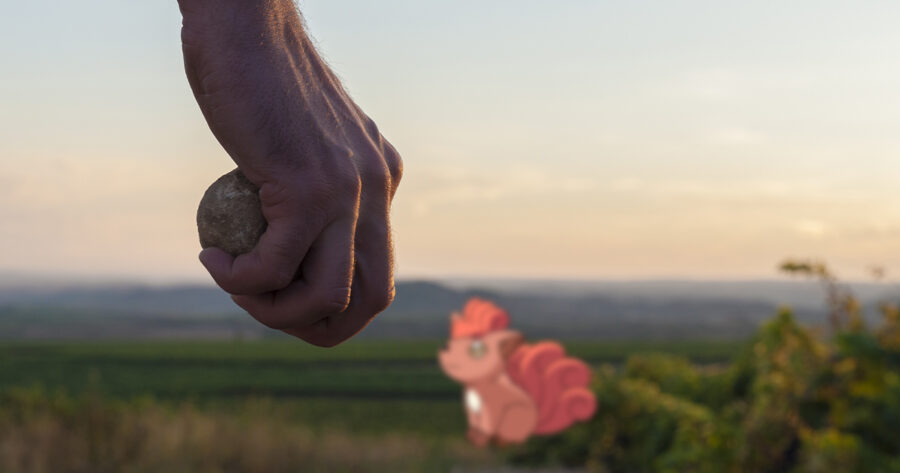 PALLET TOWN — Local Pokémon trainer CJ Baker has shaken the Pokémon world by using a regular-type stone to evolve a Vulpix into a Gastly, striking the Pokémon in the head over and over with it.

“While it’s long been theorized that Ghost Types originate from the spirits of deceased Pokémon, no one was asking him to research this,” said a visibly distraught Professor Oak. “Jesus, this isn’t what I meant at all when I told him to collect them all. You can just find those in like a cave or something.”

“There are moral limits to what lengths we should go to for our research. I mean we’re not Nazi Pokémon scientists here,” Oak added. “God damn!”

According to those familiar with the situation, Baker’s childhood friend and rival DONGFACE was disgusted by the blatant disregard for Pokémon welfare shown by Baker.

“When you capture a Pokemon in the wild, entrap it in a small cage, and force it to fight for your entertainment, you take on certain responsibilities,” explained DONGFACE. “You can light it on fire, electrocute it, drown it, poison it, or even put it to sleep and show it nightmares beyond comprehension, but you can’t kill it. That’s Pokemon cruelty, and that’s not what training is about.”

Baker, however, has been quick to defend himself, noting that his party was “full of total Taurus crap normal-types” and Sabrina’s gym is “really really hard.”

“Psychic-types are totally OP, and none of my Vulpix’s moves were effective against them,” Baker said. “I needed a ghost-type fast, and the Pokemon Tower gives me the creeps. Plus, my Vulpix had a Rash personality type, so it’s not like killing it was any big loss. I don’t know why more players don’t evolve their Pokemon this way. A Fire Stone costs 2100, while you can find a big sharp rock along most roads for free.”

At press time, Baker also discovered another way to evolve a Geodude into a Graveler by pelting it with rocks while trying to create a second Gastly for himself.