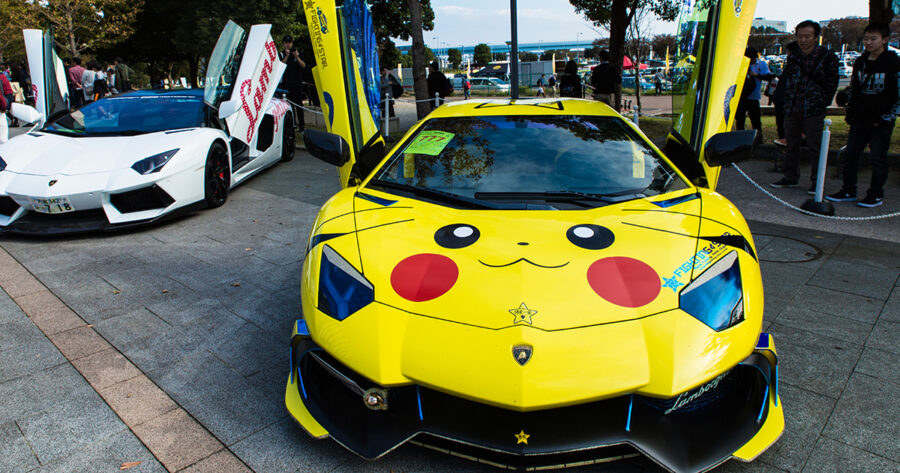 TOKYO — A new Pokémon themed concept car comes with a driving tutorial that users must go through every time they start the engine, sources have confirmed.

“Wow, what a loyal-to-the-source-material pain in the ass,” said Elle Olson, a Pokémon fan that bought one of the limited edition concept cars. “I threw down a bunch of money for one just based on the red and white paint job and Voltorb eyes.  I really thought it was a dream come true. I should’ve researched it further because now I’m stuck with a car that I have to be taught how to drive every single time I start it up. They’re gonna throw my kid out of school if he’s late one more time.”

Despite the objections of owners, many Pokémon fans said that buyers should have known what to expect from a car designed around the long running RPG series.

“Come on, it’s Pokémon, you know what you’re getting,” said Jamie Meyers, a longtime Pokémon fan. “If it didn’t consider the possibility that you’d driven it before it wouldn’t be right. It’s just like these people crying about the new Pokémon games not being the most polished thing in the world. Who are these fake ass Pokémon fans that expected a full AAA experience just because that’s what it’s being billed as?”

“Some people are so weird,” he added.

“We’ve heard what the fans were asking when we were building this car,” said Satoshi Tajiri, president and co-founder of Game Freak. “We spent a lot of time listening to what people really hoped we would do with this project, the first of its kind. A lot of people were really opinionated. And well, we listened to them. Anyway, the car’s tutorial must be played every time you start it up. We wouldn’t want to be responsible for any accidents or anything, you understand.”


“We hope you like it, because we plan on releasing three completely new types of car a year!” he continued.

As of press time, it was revealed that the Pokémon car would only be available in two colors upon release.