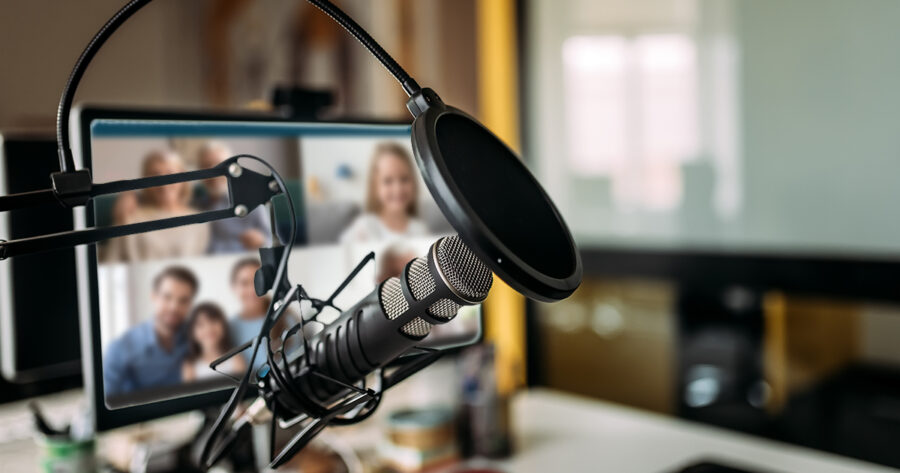 AKRON, Ohio — Podcaster Briana Giraud spent a full two hours setting up and testing her $2,000 audio rig in preparation for a casual Zoom chat with her family members.

“I was really excited to talk to my family, so I wanted to make sure they’d be able to hear me clearly,” Giraud explained. “I decided to run my Rode NT1 through my Scarlett 18i20, but it was just picking up so much extra room tone. I started fiddling around in Pro Tools and suddenly the Zoom meeting had already started.”

Giraud apologized to her family for the delay via text and noted that she was having “audio issues.” She eventually logged on, but her microphone wasn’t coming through, so she spent an extra 30 minutes uninstalling and then reinstalling audio drivers.

“It was hard to tell what was happening on her end,” recalled Briana’s brother Jacob Giraud. “We just saw her frantically unplugging random XLR cables. There must have been like 20 on her desk. I’m not even sure if most of them were connected to anything.”

After successfully troubleshooting her audio issue, Giraud spent the next 30 minutes switching between four different studio microphones and repeatedly asking her family, “How about this, does this sound better?”

“I made the mistake of asking her to speak up, because I can’t hear too good anymore,” Briana’s mother Tabatha Giraud explained. “I think that made things worse. She moved everything into her closest and kept insisting that she just needed to build a quick ‘isolation chamber’ or something. I guess it helped, but then it was too dark to see her anymore.”

The Giraud family eventually shared a nice five minute chat, throughout which Briana’s mother yelled into her hand-me-down iPhone 7’s built-in microphone while Wheel of Fortune blared from a TV in the background.