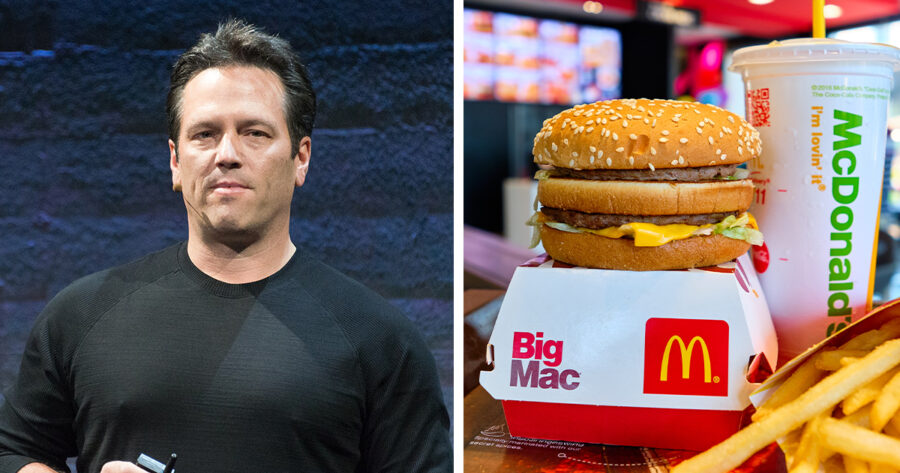 “This deal has been in talks for a long time, and I’m so excited to finally announce it to the public,” Spencer said in a press conference. “While we are still ironing out the details on how this will change Microsoft, rest assured that we are working round the clock to make the most of this watershed moment in gaming history. There have been some hiccups along the way — I believe I explicitly asked for no pickles — but I’m willing to chalk these up to the cost of doing business.”

McDonald’s employee Kendra McCandless shed some light on the negotiation process with Spencer and the Microsoft team.

“Large acquisitions like this are often so locked in litigation that they never come to fruition,” McCandless said through the drive-thru speaker. “But I’m happy to say everyone involved put aside their egos and just wanted to utilize this creative opportunity for both sides. I’m sure many Microsoft fans would dream about this epic crossover for years, but now the idea of Phil Spencer eating McDonald’s signature beef patties is a reality. A victory for gamers of all kinds.”

At press time, Spencer teased that the negotiating floor may still be open, and Spencer expressed his interest in talking his way into acquiring an additional one or two hot mustard sauces by the end of the fiscal year.