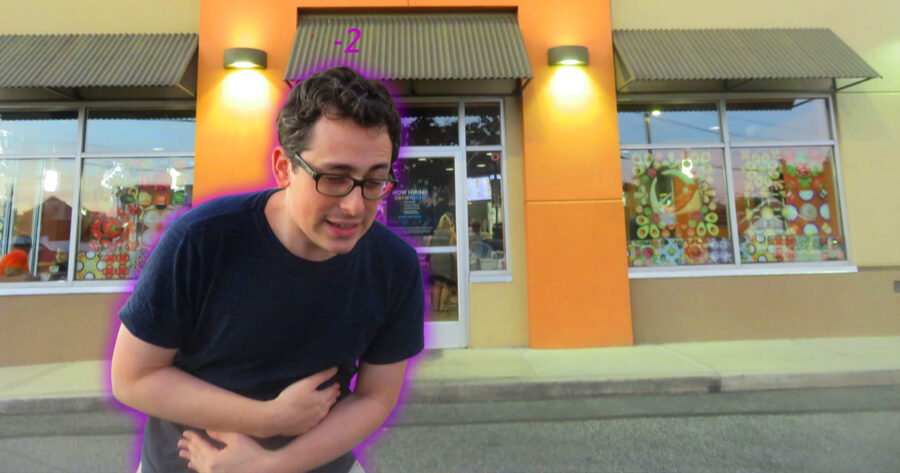 LAWRENCE, N.Y. — Local restaurant-goer Dennis Malloy was recently inflicted with Poison Damage after eating at Taco Bell early this afternoon. According to Malloy, he started to feel unwell shortly after eating his order of a Crunchwrap Supreme and a Chicken Quesarito combo. His Poison status was apparent as he consistently kept blinking purple.

“I didn’t get like, sick, or anything,” Malloy explained. “I just started feeling worse for some reason. Every second or so that passes, I feel a little weaker. Like a get a little pang with every step. Is Taco Bell actually food?”

Laura Mendes, the manager of this particular chain, has received several complaints from customers about being afflicted with random status ailments upon visiting.

“It happens with practically everyone who eats here,” Mendes said. “I’ve had people come to me about our food causing Burn Damage to their assholes and Stun to their digestive tracts, but it’s a problem at every Taco Bell, not just mine. If you’re gonna eat here, then you should’ve upped your Resist stats in the first place.”

When asked about eating at any other restaurant, Malloy stated that among fast food restaurants he frequents, Taco Bell causes him the least problems in terms of status afflictions.

“At least it’s not Checkers or something. There, I get grease all over my stuff and Slow,” Malloy said. “At least I can still move.”

Shortly after being interviewed, Malloy proceeded to find the nearest CVS to buy Antidote x6 to prepare himself for any future Taco Bell quests.