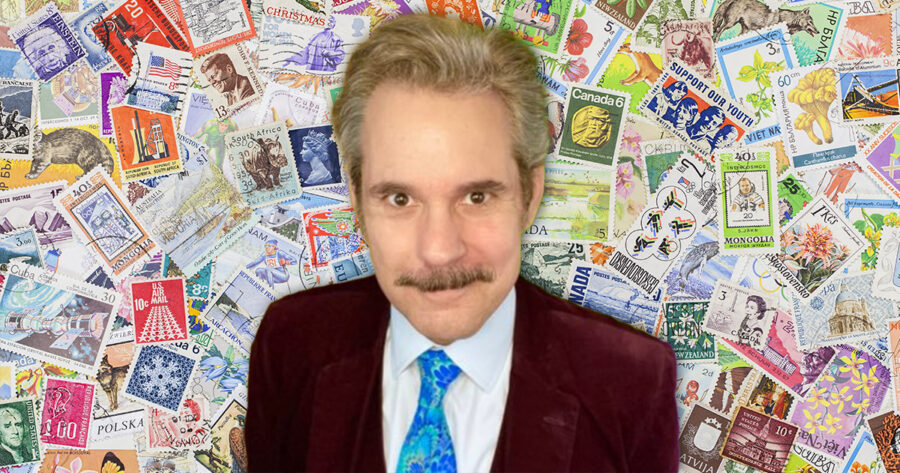 “Finally. The long-con is complete,” Tompkins began grandly in a video addressed to the United Nations. “All the silly characters, the elaborate bits — mere theater to distract from my master stroke: collecting every feasible discount on stamps from every podcast and combining them all to control the world’s postal service. Now nothing in the world gets sent without Paul’s approval first, got that? And the mail is merely the first piece of the puzzle, if my demands are not met by midnight, tomorrow I seize the world’s mattress supply as well.”

The United Nations was reportedly caught off guard by Tompkins’ taunting monologue.

“We spent years laughing at his crazy voices and his impeccable comedic timing, so we didn’t see the nefarious deeds playing out right under our noses,” said Secretary General of the United Nations Antonio Guterres. “Now Mr. Tompkins can pull the plug on the mail industry as a whole if he sees fit. If only we had seen the warning sign that he dresses like an eccentric supervillain all the time! Although we don’t negotiate with terrorists, we’re prepared to offer him whatever he wants as long as he continues to appear on the Earwolf network. We can rebuild a society without postage, but not without someone to host the Comedy Bang Bang yearly Best-Of’s.”

At press time, sources noted that Tompkins also has seized control of all the world’s formal handkerchiefs, a feat achieved accidentally by pure coincidence.