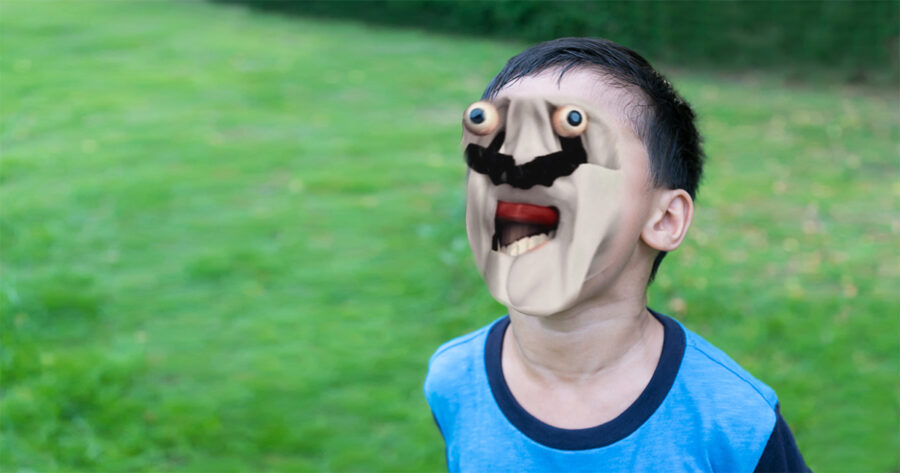 “Before he started playing those horrible games, he loved going outside, playing with his dog, reading books, stuff you love to see as a parent” said Liza. “But after we got him a PS4 and Tony Hawk’s Pro Skater 5 for his birthday, he’s been different. Now he just jitters rapidly and falls straight through the floor most days, unable to escape the endless skybox beneath our house.”

Lucas’ problems don’t stop at clipping through the ground. His parents also noticed their son’s frame rate has dropped significantly since he started playing more laggy video games, at some points freezing him entirely and corrupting his saved memory.

“We need to reset our son at least once a week now,” his father added. “We’re thinking of taking him to this specialist that swears he can patch him, but I don’t know, it just sounds so dangerous.”

According to studies conducted by the American Psychological Association, hastily-developed video games have been scientifically linked to glitchy behavior in adolescents.

“Children that play these kinds of broken, hacked-together games are more susceptible to rendering malfunctions, faulty collision detection, and are overall less likely to adhere to realistic laws of physics“ said Christine LeGuille, a sociology professor at the University of Maryland. “However, some studies may fail to take into account whether the children were predisposed to defective gaming mechanics in the first place.”

While Lucas’ parents are still trying to calm their son’s more aggressive technical defects, they are thankful that at least he isn’t playing enjoyable, well-made games that have guns in them.