Our 2021 Holiday Shopping Guide: Everything I Would Like Our Readers to Buy Me 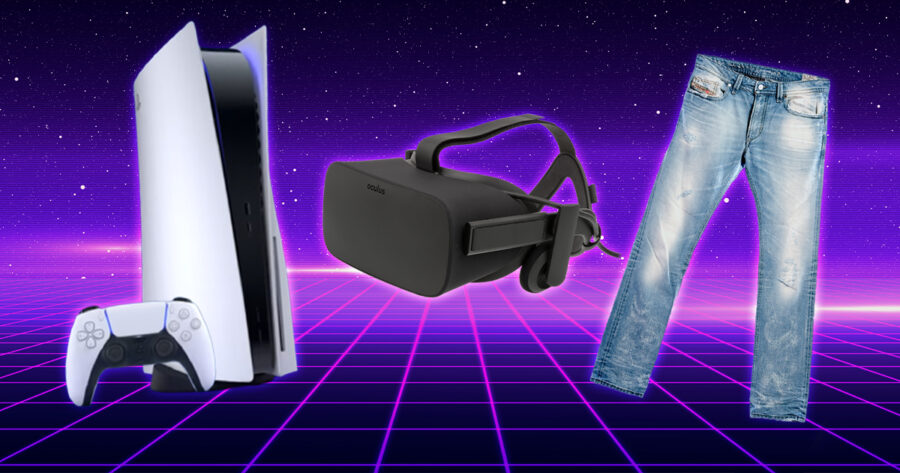 Hey Hard Drivers! It’s the most wonderful time of the year again: the holidays! With major game releases, new high tech products, and more sales than one person could hope to keep up with, it is time once again to publish our annual guide to all of this year’s white hot buys that I would really appreciate some of you straight up buying and sending to me!

I don’t have a PlayStation 5 yet! Last year’s Holiday Guide worked out pretty well for me and I got a Series X from a reader in Des Moines, but I have yet to play Returnal, Ratchet and Clank, or Demon’s Souls. Are you one of the people writing to us all the time complaining that we don’t write about these games enough? You have the power to fix it! I would pitch R&C stories if I could play it.

OK so the PSVR I had on last year’s list is a little clunky and sort of hurts my head after I use it for a while (but thank you just the same). This is why I have started to consult other holiday guides before writing mine, because I hate to disappoint you all by having you buy me stuff that I end up not liking that much. That’s not what this holiday is about.

Did you know Oprah has the Oculus Quest on her annual Oprah’s Favorite Things holiday buying guide? She says it would “be a great gift for anyone who enjoys new explorations.” Hey Oprah, sounds like you’re describing me!

Man, I really thought I’d get this game when it came out. I love Metroid, and I love playing my Switch on the couch while my wife and I watch TV at the end of the day. This was the most perfect news the day they announced this game. Then it happens every time; the game comes out, and I end up spending the same amount of money on 5 indie games that are on sale, of which I might play one or two. A big ol’ $60 game is more of a Christmas or birthday present type of thing, don’t you think? I don’t want to put Yoku’s Island Express or Wilmot’s Warehouse on this list when they go on sale for cheap several times a year. I’m too smart for that. That’s why Metroid Dread is one of this year’s TOP BUYS (for me.)

Pants are not video games or anything, but I need some new pants you guys. I busted all mine out.

OK so I wrote 8 different articles blasting every aspect of the rollout, pricing, and performance of the expansion to the Nintendo Switch service. But also like, Ocarina of Time and Mario 64, you know? Who am I trying to kid? Even so, I wouldn’t want to spend my own money on this one, as it’s mostly nostalgia fueled and I’ll probably get sick of it right away.

Some of those cool LEGO sets you see

Like Seinfeld and Home Alone and whatnot. Those are so funny. Expensive as shit I bet!

Well there you hard it, Have Drive Heads! Our meticulously researched holiday buying guide of all the things I would like for the readers to buy me. I sincerely hope you enjoy reading these as much as I enjoy putting them together and then playing with all of the games people mail me every year. Happy Holidays!

Note: This article doesn’t contain any affiliate links, but we do get all the shit that you mail to my house. Got something else you wanted to buy for Mark? Run it by him in the comments and he’ll let you know what he thinks!