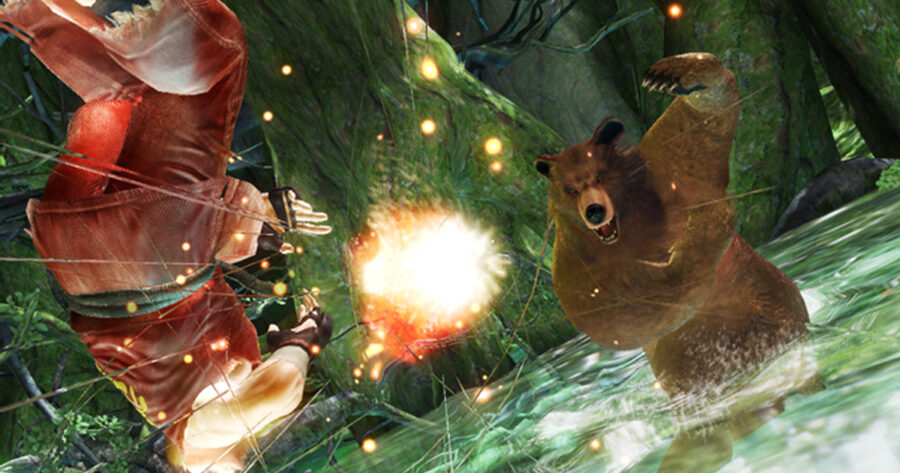 TOKYO — A former MMA champion officially withdrew from an international martial arts competition yesterday after a brutal mauling from a Japanese brown bear.

“I show up for the first heat, and they tell me it’s taking place on the helipad on the roof,” explained Canadian fighter Todd Morris, two-time winner of the Mixed Martial Arts heavyweight title. “So I go up there — and this building is something like 125 floors—and there’s just this bear. No referee, no cut man, not even an audience. Just this huge fucking bear, standing up on its back legs, dressed in a pair of boxing shorts.”

While tournaments vary in their protocols and rules of combat, Morris insisted that what happened on the helipad was “definitely not cool” and most likely against the law.

“I’m up there, and before I can even put down my kit bag, a deep voice yells ‘Fight!’ and the bear charges at me and hits me in the chest with a double dropkick. I go down. It starts doing knee drops on my head. I’m expecting the bell to ring, because I know the rulebook front to back, and that should 100% be a disqualification,” said Morris. “But instead it’s the voice again: ‘Perfect.’ How do you even get a bear on top of a skyscraper?”

Other competitors expressed similar concerns, citing the “complete disregard” for MMA regulations by the organizers of the tournament.

“They made us fight in the middle of this farmers’ market,” claimed Rosie Ryman, an American kickboxer who competes in the Ultimate Fighting Championship. “The other guy had a sword.”

In response, the hosts of the tournament issued a statement vowing to investigate how matches are officiated and organized.

“To improve our levels of fairness and ensure appropriate match bookings, next year’s tournament will feature fights between two competitors who use precisely the same moves and are physically identical to each other in every single way,” read the statement, in part. “Except one of them will be wearing a slightly different version of the other one’s outfit.”

This year’s tournament remains controversial, however, as last year’s champion, the Devil, is scheduled to defend his title.