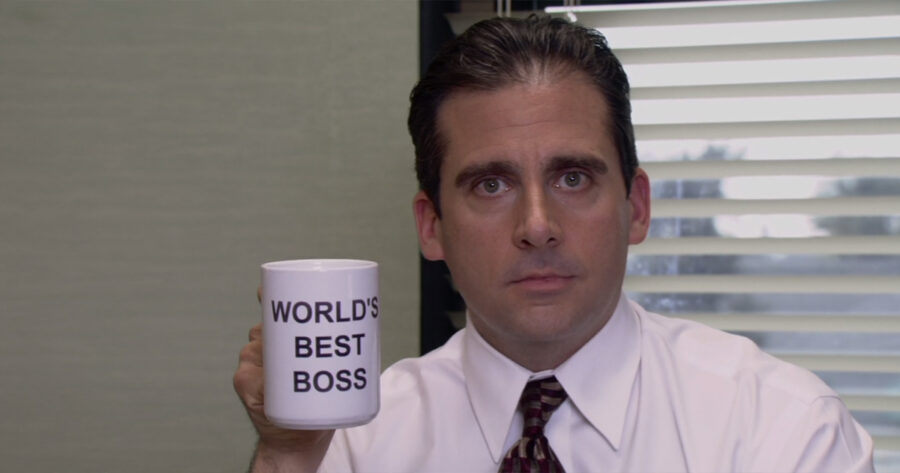 It’s been 16 years since The Office first took America by storm. At the time, we all loved Michael Scott for being a funny boss that everyone wanted to be friends with. Although I sadly live a life that will never require me to have a “job” with a “boss,” I would dream for hours on end about telling him how HARD my day was and how much I had to CRAM to get things FINISHED and have him respond with a perfectly timed “that’s what she said!” His antics brought such unabashed joy to us all.

Times have changed, however, and I now realize that Michael Scott was actually an extremely problematic individual that created a toxic work environment.

“That’s what she said!” is no longer a hilarious catchphrase but instead a cheap, pathetic attempt at humor made by a crude, sexist, and deeply insecure man. The quiet looks Jim or Pam made towards the camera now no longer read as space made for the laugh track the editors always forgot to include, but instead seem like secret transmissions towards the audience that they hate their boss and the awful things he’s putting them through. The fact that we all could go this long without realizing how terrible Michael Scott was is proof that Michael Schur and Greg Daniels are buffoons that have zero clue how to write good comedy in general.

In fact, every time I see Michael holding up his “World’s Best Boss” mug, it actually feels ironic. Because what the show didn’t realize is that he is very far from the world’s best boss — he is a bad boss.

Seeing as there is almost certainly going to be a remake coming in the near future, I have some recommendations for the creators on how to provide clarity for the Michael character so the entirety of the world doesn’t miss the point like we all did with the original run of The Office:

If this article has left you without a funny show to watch, I recommend checking out The Simpsons on Disney+ but only seasons 11-32.