Opinion: How About We Just Start Playing the Board Game and Figure It Out as We Go Along? 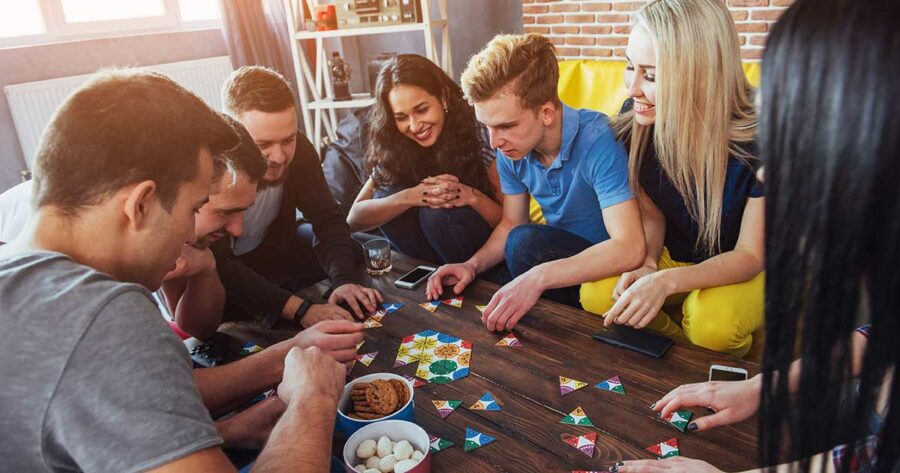 Hey guys, thanks for coming over. And really, stop apologizing. It’s fine that most of you were a little late getting here. I know half of you have to get home to your kids, so it’s probably best that we just start playing this game and figure out what is going on as we go, okay? Alright, we have about an hour before Bill has to take off, so I don’t know. You go first, Hal.

Okay, Hal rolled a six, and moved a giant cannon onto the southern tip of Africa. Um. I wonder what that means. Oh, maybe the cannon can shoot six spaces away? Do you want to do that? No? Okay. Um, maybe you can take one of these cards.

Okay you guys, Hal has a Winston Churchill card now. Remember that. Do you think that’s the end of the turn? How did that feel, Hal?

Yeah, true, there are a lot of pieces we don’t know about still. Alright here, let’s set you up with some of these soldiers. Someone’s gotta fire that thing. Here, put these in your pocket or something, Hal. Here, take some of this shit too. It’s like stocks or contracts or something. Here everybody take some.

Okay, yeah, you can go to the bathroom, Hal. Does that mean you want to end your turn?

Yeah, take that Winston Churchill card with you.

Alright Angela, it’ll be your turn next. Yeah, you can be America, I guess maybe we’re all a different continent or something. Okay, roll the die and take a card, that’s what Hal did. I think we’re getting somewhere. This seems fun, actually!

Alright, you got a four, and your card says Flu Vaccines. Okay. So, uh, Angela has the flu vaccine now everybody. Remember that.

Huh? Why does Hal have a cannon? Oh, well, here. You can have this cannon. Yeah here, everyone gets one continent and one cannon. That’s probably how they want you to do it.

No, Diego, you can’t have Australia and Antarctica. Why? Uh. Because, uh. Oh sure, take ‘em both. Fuck it.

You’re right, Matt. I’m not sure what the point of the die rolling has been, either. There’s a bunch more too in this box here, actually. Let’s all start rolling them, okay? Here, everybody take some dice and roll them and we’ll add it all up.

Hey Hal, you’re back. It’s about to be Holly’s turn, Diego has two continents but they’re pretty small, and we got 82. You guys want to split up all these trains, too? Here. Take a train, take a plane, take a submarine too if you like them. Alright. Look at us go. I really think we’re doing this right.

Oh my god, you guys. There’s a whole other little box in here. There’s money! Shit, maybe we should be buying these cards from each other? Okay, everyone is going to get some money and some cards, and then we’ll trade them around and buy stuff from each other. That will make the game go quicker.

I’ll start dealing the cards, and Sarah, you start divvying out the money. I don’t know. Probably give us a lot, right? Leave enough to make change with though, I guess. Okay, I’ll deal the cards out

Ok so there’s enough cards to where we can each have three. I’ll put these extra two in the middle. We’ll figure out who should get those later when it makes a little more sense.

What’s that? Yeah, that’s a good point. The board is kind of in the way. Okay, don’t fold it up, let’s just put it on the ground under the table in case we need to look at it or whatever.

Alright, that is nice. Alright, cool. I think we’re getting somewhere. What? Yeah, that’s a good point. I can see myself stepping on the board too. Let me take it into the other room.

Okay, there we go. Much better. Alright, since I took the board in the other room it feels like my turn now. Okay, Holly, I will trade you The Atlantic Ocean and all of the cash in front of me for your dice, and whatever that card I’m pointing to is. Deal? Okay.

Ha! You sucker! I can’t believe you traded “Oppenheimer Arrives in New Mexico” for The Atlantic Ocean! You’re all gonna lose now.

Oh, what’s that? Your babysitter has to be taken home? Aw, shit. Well okay. This is kinda fun. Do you guys want to pick up next week? Think we’ll remember where we were?