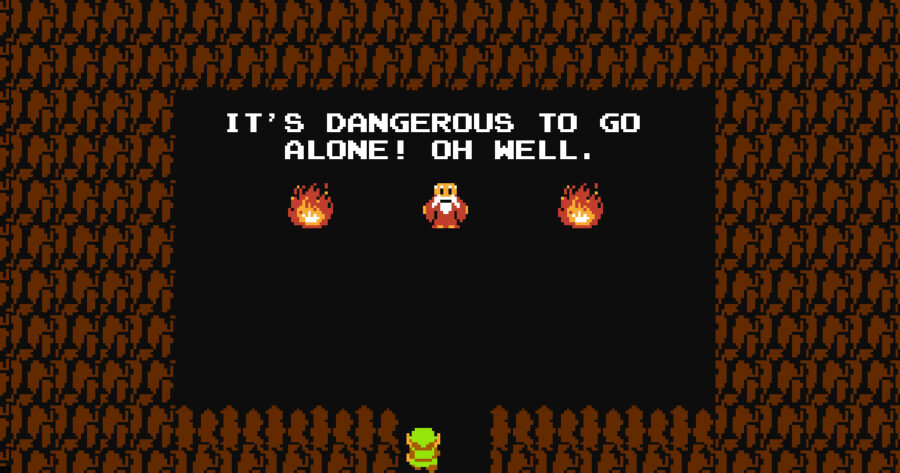 HYRULE — The mysterious old man near Link’s spawn location in Hyrule has been hit by the shortage in magical wood from The Lost Woods and can no longer give away wooden swords, sources indicate.

“This recession, plus inflation, then the war over in Snowhead, the value of the rupee is plummeting and there’s a shortage in supplies. I can’t afford to just hand off the sword to this guy, even if he’s the hero of time,” The Old Man lamented. “It’s gotten so bad, the arrow guy hasn’t had arrows in stock for like months.”

Link, while attempting to journey into Hyrule unarmed, has stated he’s run into several similar issues along the way.

“The tunic shop has no tunics, the bomb shop has no bombs, the Blue Ring’s price is so exorbitant I maxed out my bank account trying to buy it,” Link commented while wandering Death Mountain hoping a random Octorok would drop bombs. “I was just at the Bazaar for groceries and literally all they had was dubious food!”

The heroes of Hyrule are not the only ones hit by these hard times though, as Ganon has stated he is feeling the hurt as well.

“I went to make some Silver Arrows — you know, my only weakness, the one thing that can kill me — because I always like to leave some sitting around. Turns out silver is backordered for six weeks,” Ganon said while dropping keys in random rooms near locked doors. “I don’t know, maybe I’m just depressed, but I feel like what’s even the point of all this if I can’t build the magical thing that kills me and drop it a few rooms away, right?”

Though the supply chain issues have affected availability for most items, the Book of Magic in Temple 8 remains available and ready to be snagged if anyone ever wants to grab it ever.