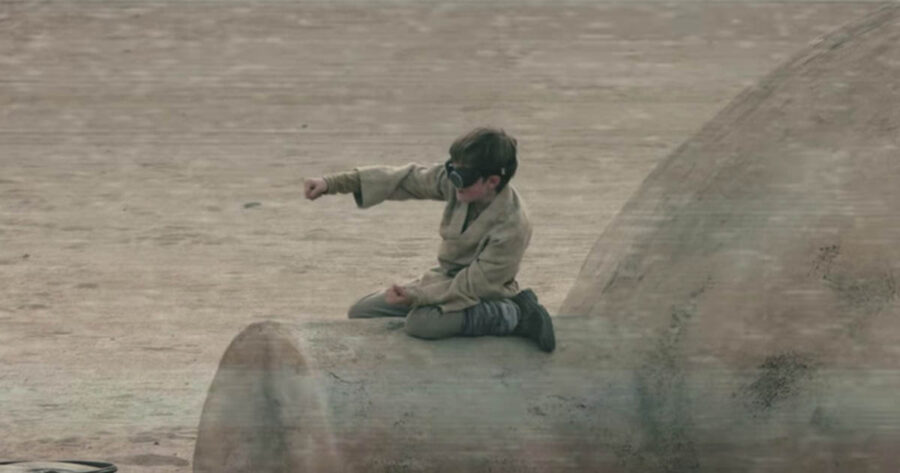 Facebook0Twitter0Reddit0
X
BY Mark Roebuck ON May 4, 2022

BURBANK, Calif. — Disney released a new trailer for their upcoming Obi-Wan Kenobi miniseries earlier today, and fans rejoiced as they got their first glimpse of Luke Skywalker as a shitty little kid.

“Oh wow, look at that bratty fucker,” said Andre Williams, a lifelong Star Wars fan. “All sitting on the roof of his house pretending to drive a starship or something. Looks at least as unbearable as the Anakin we got in The Phantom Menace. Fuck that action sequence at the end of Mandalorian last season, this is the good stuff right here! Oh, I hope I get to hear little Luke Skywalker cry. ”

The show’s star, Ewan McGregor was eager to share the upcoming project with the fans who’ve long awaited his return to the role he portrayed in the prequel trilogy of the early 2000’s.

“I think they’re really going to appreciate this show,” said McGregor. “We know this because they’ve told us what they want, and we’ve listened: needless portrayals of beloved characters as emotional children, set strictly on the desert planet of Tatooine. We’d love to do some other stuff, but the fans won’t have it. ‘Stay on Tatooine,’ they say. ‘Don’t you dare leave!’”

Disney executives teased that we might see early versions of other fan favorite characters in the show’s six-episode run.

“We are combing through stuff right now, trying to find arbitrary connections we haven’t made yet,” said Branson Keegan, a development executive. “We were gonna make it so Obi-Wan built C-3PO for no discernable reason, but then someone in the room remembered we already had Darth Vader built C-3PO for no discernable reason. So that set us back. But I don’t know. Maybe he gets an ewok at a pet store or something? Gets some of Jabba the Hutt’s mail? We’ll keep working on this until the last minute to make it as good as it can be, I assure you.”

As of press time, Disney had released yet another trailer for Obi-Wan Kenobi, which featured McGregor chugging a glass of blue milk before turning to the camera and belching out the show’s premiere date of May 27th.