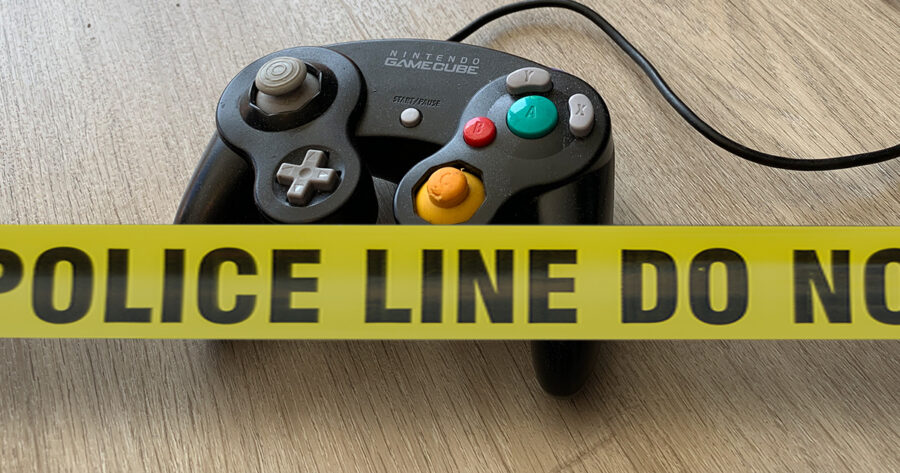 NEW YORK — The NYPD confirmed today that they have launched an official investigation into the controller purchased at a local GameStop by policeman Steve Brynkowski, after the off-duty officer suffered a particularly brutal loss in Smash Bros.

“We have our best forensic minds working day and night to prove what we already know in our hearts,” said NYPD Commissioner Dermot F. Shea in his statement to the press. “That this tragic blow to Officer Brynkowski’s GSP is the result of no less than a criminal conspiracy to tamper with the controllers of our beloved boys in blue and make them lose at video games.”

The Commissioner then welcomed Brynkowski himself to the podium to address the crowd of reporters.

“If the GameStop employee who tampered with my controller is listening, rest assured, you will be caught,” declared Brynkowski, his eyes clearly still haunted from what he experienced. “And if Smash Bros player ‘fluffybutt97’ is listening, you did not win fair and square. We have obtained a search warrant and will be sending a SWAT team to confiscate all Nintendo products from your home.”

When asked to respond to these allegations, a spokesperson for GameStop categorically denied them.

“There is no way any of our employees were involved in this,” said the spokesperson. “If you have ever been to a GameStop, you know that our workers are way too dead inside to engage in any act of rebellion, no matter how small.”

At press time, Brynkowski and his fellow officers were seen purchasing new controllers from Best Buy for a 7v1 battle against a CPU Mr. Game & Watch.