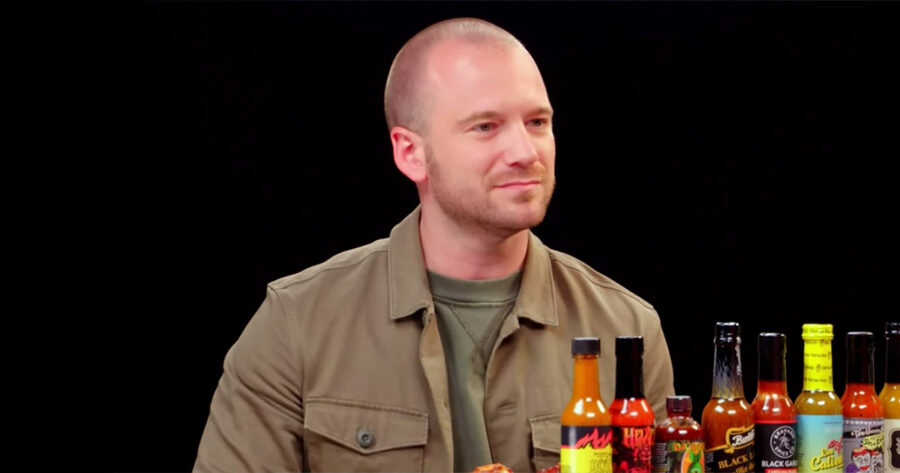 NEW YORK — The New York Police Department received a signed confession from the notorious ‘Parking Lot Butcher,’ a serial killer with a bodycount of fourteen, thanks to a no-nonsense new interrogator named Sean Evans who presses his perps with hot questions and even hotter wings.

“Hey what’s going on everybody? For the New York City Police Department, I’m Sean Evans and this is an official police investigation,” Evans began with cold stoicism, according to those familiar with the situation. “He’s a famed human mutilator whose work has been featured on police scanners everywhere, and according to his crude journals he has big plans for the mayor next month, ladies and gentlemen I’m joined today by the Parking Lot Butcher! So first things first, dirtbag: how are you with spicy food?”

Deep into the seven-hour hotwing-laden interrogation, The Butcher expressed his shock at how much Evans already knew about his crimes.

“Wow! How did you know about that body I dumped in the landfill downtown?” The Butcher said. “I didn’t tell anybody about that, you must have really done your research. This is the most impressive police shakedown I’ve ever been a part of.”

“We like to do a little segment at this precinct called ‘Explain that Gram,’ where we show you a photo that needs more context,” Evans said, grabbing his next wing. “This is a photo of you with the murder weapon we found at the scene, would you care to explain that for me?”

When the interrogation came to a close, The Butcher reportedly took a plea deal with the district attorney, providing the names and locations of his accomplices in exchange for not having to do The Last Dab on the final wing.