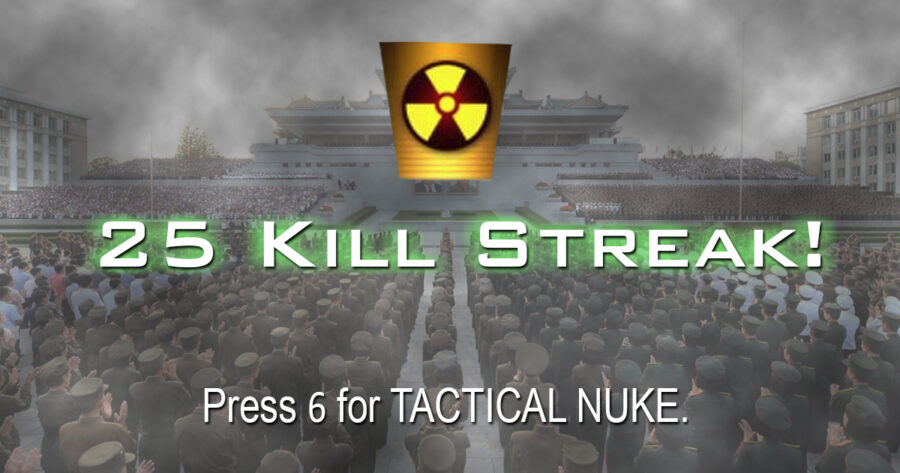 Experts say that, if launched, the nuclear missile could hit major cities in the United States from directly above in about ten seconds.

“The terrifying thing about a nuclear strike from the Democratic People’s Republic of North Korea is that the only warning we will get is a loud disembodied voice screaming ‘tactical nuke incoming,’” said foreign affairs expert Lyla Gelernter. “And also that we will die with no respawns.”

Despite the alarming rate of technological advances from North Korean scientists, the United States has kept a close eye on the development of their weapons program.

“We knew they were close when we saw that the Koreans had successfully launched an AC-130 military plane,” said General Kris Firestone. “So that means they had figured out some sort of advanced warfare capabilities and they had achieved a kill streak of 11 people.”

President Donald Trump responded to Kim Jong-Un’s act of aggression with an improvised statement to the press.

“You’re bad and I fucked your mom,” said President Donald Trump to a group of journalists. “I’m gonna get a 50—actually no a million—kill streak which will allow me to control the lightning from the skies and kill all you gay ass idiots in whatever Korea is the bad one.”

After pausing for thought, President Trump added, “I’m gonna teabag everyone in your fucking country.”