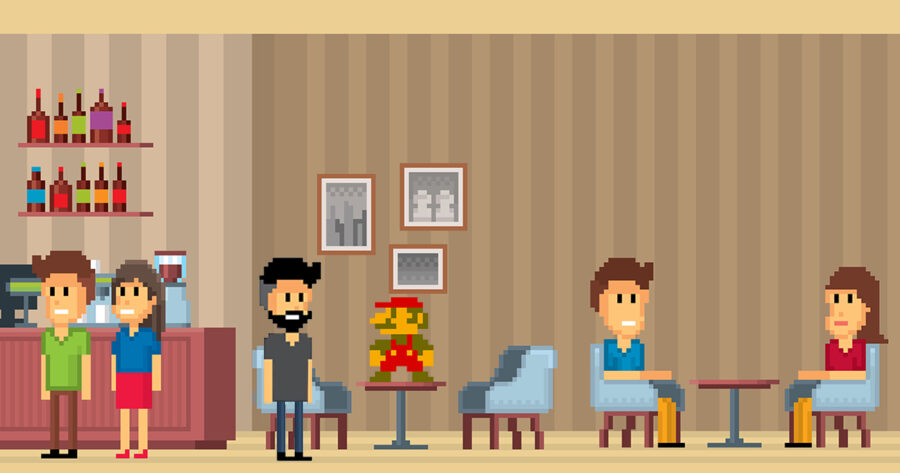 GREAT NECK, N.Y. — Plumber, adventurer, and class of 1985 graduate Mario Mario reportedly confused the majority of his graduating class as he told old acquaintances what he’d been up to in the last several decades, sources have confirmed.

“Man, I was so happy to see Mario Mario,” said Todd Huffman, a classmate of Mario’s who used to help him with his auto shop projects. “I told him about my wife and kid and muffler business, and he started talking about princesses, space travel, and tennis? He was always an eccentric guy, but I thought maybe he’d grown up and got normal. But no, it’s worse now. Also, I think he’s shorter than when he got here. Is that possible?”

Mr. Mario claims that the friction between him and his classmates is merely the latest example of the type of bullying and torment that inspired him to leave his hometown for the Mushroom Kingdom after graduation.

“It’s always-a been like this,” he said. “In-a high school, I tried to join the baseball team and show them my fireball pitch. Before I could, they took-a me, Mario, into the men’s room and stuffed me into a toilet. I have saved the princess and her kingdom countless times, but these-a jerks still think I’m the little weird guy who makes shit up and had a full mustache in the sixth grade. It’s-a no good.”

After repeatedly being told he was clearly lying or exaggerating during several different attempted anecdotes, Mr. Mario left the reunion early. Despite the overwhelming consensus, one former classmate reportedly gave him the benefit of the doubt.

“People say he’s bullshitting, but I don’t know,” said Glenn Hobbes, Great Neck North High School class of 1985. “Remember that time we stuffed him down into the toilet and he somehow came out at the middle school? What the fuck was that?!”