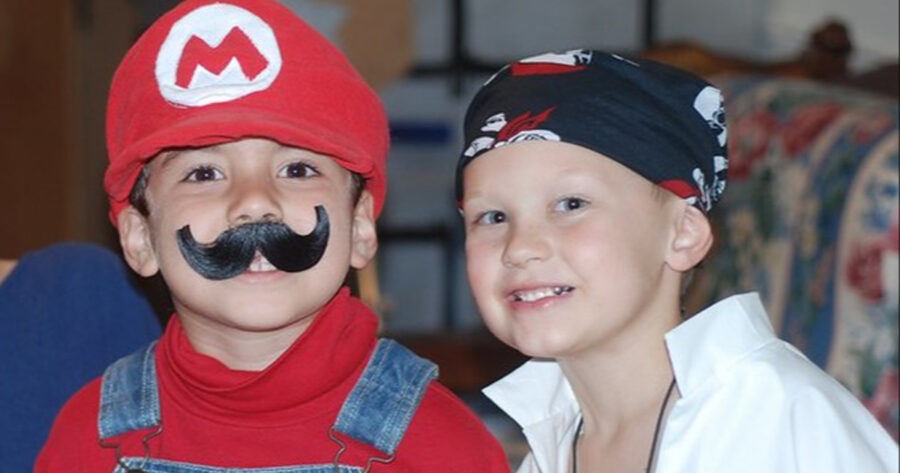 SEATTLE — Nine-year-old Timothy Kim is being sued by Nintendo in a massive copyright claim after going trick-or-treating today as the popular character Mario Mario.

“Mr. Kim may only be a child, but dressing as a character that we own is a serious violation of our rights,” said Nintendo lawyer Mark Stanford. “Mr. Kim is not iconic Nintendo character Mario Mario. And yet, he is attempting to represent our intellectual property in an official manner, parading his outfit all around town for all to see. He’s even making money off our character, if you think of candy as money, and we do. We will not let this stand.”

According to Kim’s mother Linda, Timothy made the costume himself out of fabrics he purchased.

“Timmy loves Mario. He just wanted to show everyone his creativity,” Linda Kim said. “I don’t get why Nintendo cares so much about this! And I don’t even mean the lawsuit, but the constant men in suits clearly staking out our home. I catch them hiding in our bushes and going through our mail… they even tailed my car on the way over here.”

“I guess it’s true what they say about making unofficial fan costumes,” Kim continued, looking off. “Shut the fuck up.”

As of press time, nine-year-old Timothy King said that he’s just happy they didn’t find the Donkey Kong Country fan-mod he has been slaving over since he was seven.