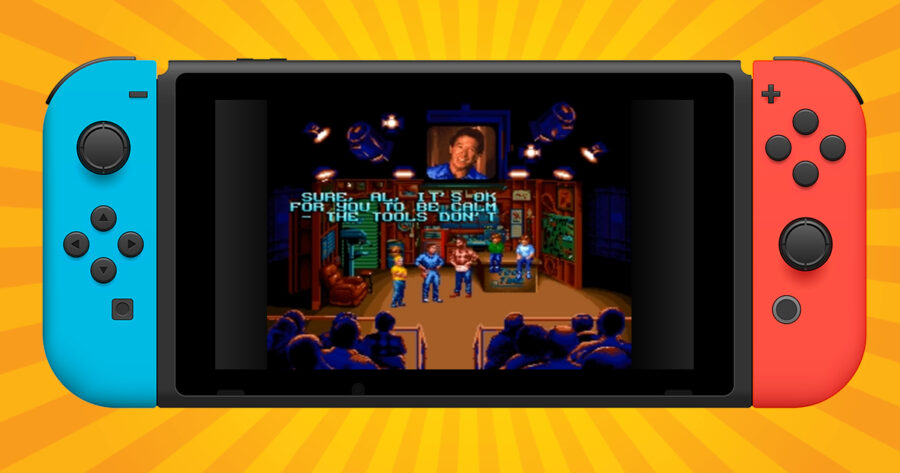 REDMOND, Wash. — Nintendo closed its Direct today by revealing that the next set of SNES games becoming available on their online service will be the most insulting to longtime fans of the company yet.

“Look, I’m gonna shoot you straight,” began an atypically sincere address by Nintendo President Doug Bowser in the presentation earlier today. “We know you guys are going to really freak out when we hit you with some of the good stuff we’ve kept up our sleeves. So with that, I’d like to thank you for your patience and announce the games that will be available very soon; Home Improvement and the game that came with the shitty bazooka. Bazooka not included.”

The second title he was referencing is 1992’s Super Scope 6, a collection of games meant to showcase the titular light gun it was originally packaged with. All indications seem to be that there is no feasible way to play these games on the Switch, as touchscreen controls have been vehemently denied for the upcoming ports.

“You need a Super Scope to play these games,” Bowser added. “And Super Scopes will not be made available. Fuck you guys.”

The other title, Home Improvement: Power Tool Pursuit!, is a baffling 1994 platformer based on the popular sitcom from the era. Well not necessarily worse than many of the forgettable licensed titles of the ‘90s, Bowser said this version was notable, as licensing issues have prevented Nintendo from using star Tim Allen’s likeness or his iconic Tim “The Tool Man” Taylor character. Instead, following some digital alterations made to the title, players will now guide Tom “The Tip Man” Traylor through his gaming debut as he traverses through four astonishingly underwhelming levels.

“Wow man, you gotta give it to Nintendo, they really know how to deliver beyond your wildest expectations,” said Jacob Price, a longtime Nintendo fan that was hoping for better news. “Here I was thinking they almost had to put something good up next because that’s almost all that’s left. Mario RPG, Earthbound, Chrono Trigger, something’s gotta hit soon, right? Then wham, there it is! Super Scope 6 and Home Improvement: Power Tool Pursuit! I feel like I’ve been punched in the stomach. Nintendo hates me personally, don’t they?”

As of press time Nintendo had released a mysterious trailer that promised a big 2022 for fans of the Virtual Boy.