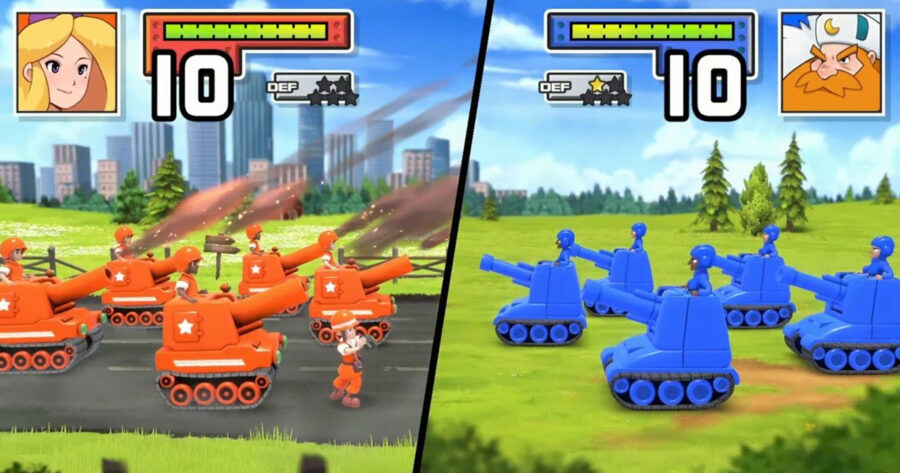 REDMOND, Wash. — After delaying its release indefinitely following Russia’s invasion of Ukraine several weeks ago, Nintendo has promised that it will release the much anticipated Advance Wars 1+2: Re-Boot Camp if everyone can just get along for at least a little while.

“Listen, if we’re holding this release until there are no unpleasant connections to real world events that you could make while playing it, we’ll never get to put it out,” said Nintendo of America President Doug Bowser earlier today. “As such, can we maybe get everyone to chill out for just a little bit and we can squeak this fucker out one night? We worked really hard on it, and now we’re just sort of sitting around waiting until the world isn’t a cold and violent place to put it out. So that’s not really a great plan.”

Gamers largely understood the need for tasteful timing when it came time to release and market the strategy game.

“Hey, I’ve been waiting years for this to come out, what’s a little bit more time to make sure it won’t upset anyone?” asked Janell Sommer, a longtime Advance Wars fan. “There are people dealing with some very serious real world issues, and I would hate to think of them catching wind of me shooting a little tank that had 10 hit points like some kind of insensitive prick. I won’t be a part of it, and I applaud Nintendo for their decision. In the meantime, I’ll stick to messing around with my friends in Call of Duty: Warzone.”

Some gamers, however, were skeptical that the delay was really done for the reasons cited.

“Whatever,” said Corey, the young boy that comes to our office and harrasses the writers. “They didn’t have the game finished and they just needed an extra month or two to crunch. It’s so obvious. Since when did real life violence prevent entertainment from being released? We’re not talking about football after 9/11 here, we’re talking about war games. Hey, someone buy me some cigarettes or I’m gonna kick Mark’s ass again!”

As of press time, Nintendo had pushed Breath of the Wild 2 back another year, citing everybody’s inability to get along on the internet.