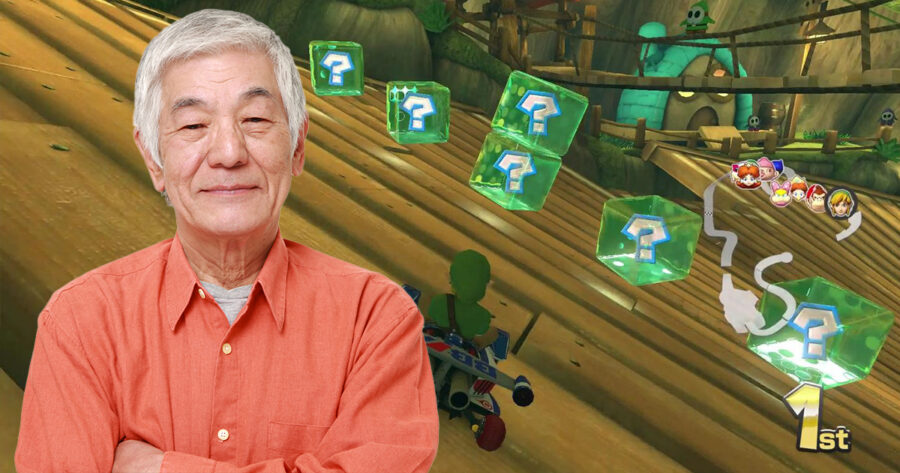 KYOTO, Japan — The elderly man who decides which power-up you get every time you hit an item box in Mario Kart will be retiring after more than 30 years on the job, Nintendo confirms.

“This morning, our esteemed colleague Ikeda Shoji let us know that he will be moving on from the company. Since the very first Mario Kart game, Ikeda has diligently selected each and every ‘random’ item, for each and every player, in each and every match,” read the official statement. “We will miss him terribly, as will the millions of players across the world who will not be able to get items in any version of Mario Kart until we can figure out how to replace him.”

Despite advances in technology, Shoji’s job remained largely the same over the decades, relying on a system of wooden levers labeled with each item.

“It’s more an art than a science. Allow me to demonstrate,” said Shoji, 92, as the printer spit out a new item request. “Okay, so this one is a young woman named Ellie Cross, from Bristol, United Kingdom. She’s playing Blue Yoshi on Mount Wario at 150cc, and it looks like she’s right behind the leader of the race, coming up on the final S-turn before the finish. Let’s give her a banana peel.”

Shoji then pulled the lever for the banana peel, setting off an elaborate rope and pulley system that sent the item down a chute and out to the player.

“This item selection will require Ellie to pass the leader based on skill alone—and perhaps catch her opponent with the banana peel as she passes. If she accomplishes this, she will receive not only a victory, but also the confidence boost that comes from winning the race without using a red shell or anything cheap like that,” Shoji explained while the next request printed. “Ellie has an audition for the school play tomorrow, and I believe the confidence would serve her well. But she has to earn it.”

When asked how long Mario Kart racers will have to go without power-up items after Shoji retires, Nintendo was noncommittal.

“We’re hoping to roll out some kind of computer-based system for selecting items within the next few years, but that’s all I can say. Rest assured we’ve put our absolute best minds on it,” said Doug Bowser, president of Nintendo of America. “As such, we will probably have to delay Breath of the Wild 2. Sorry.”