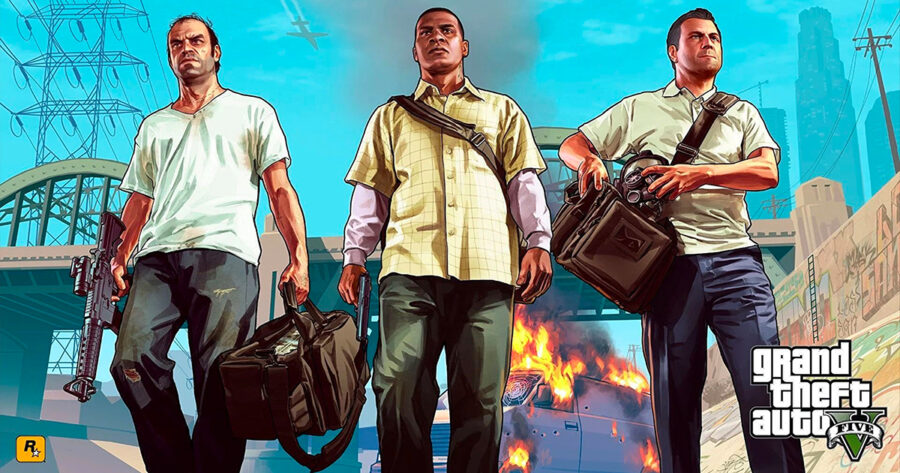 Rockstar has confirmed the pricing for the next-gen upgrades to Grand Theft Auto 5, coming March 15. You will pay $10 for the PS5 version and $20 for the Xbox Series X/S version of the same game you’ve been playing for nearly a decade, because everything is somehow totally ephemeral and ludicrously expensive at the same time.

Those prices are only for the first three months, though. If you don’t pay your pound of flesh before then, Rockstar will exact a greater price: $40 for either version. This payment comes in addition to anything you might have paid for previous versions of GTA 5, plus any subscription fees you might be paying for Xbox Game Pass and/or PS Live, season passes to “free” games, Netflix, HBO, Disney+, Hulu, your internet bill, credit card payment, healthcare premiums, gas, car insurance, car registration, rent, food, and your electric bill, because if you want a speck of dignity in this life, even if it’s alone in your own home in front of the television, you’re still going to have to pay for it. Over and over. Paycheck after paycheck, until there’s nothing left.

And you’re going to do it.

You’re going to cough up that money, because entertainment is not just leisure anymore—it’s a second job. If you want to keep up with the group chat, you better have a take on the new show your friends are talking about. If you want to understand the memes on Twitter, you should really see that new movie. And that’s not to mention the constant flow of video games, each more hotly anticipated than the last, yet somehow more quickly forgotten, too.

You need to play all of them. Because maybe you don’t have many friends. Maybe video games are your only connection to other people besides your job, and connection keeps human beings alive no less than oxygen. Do you want to keep your connection? Do you want to stay alive? Then you need to consume content, and most of it is dumb and expensive. But without it, you can’t post dank memes to the chat, or dunk on normies for having the wrong take, or make friends on the Discord server.

You’re not watching Peacemaker? You haven’t seen the new Batman movie? Are you gonna watch Moon Knight when it comes out this month? What about She Hulk when it comes out in a few weeks? Do you have a take on Spider-Man: No Way Home? Once upon a time, if you wanted to keep up with this stuff, maybe you had to play a few games and watch a movie once a year. Now it’s a fulltime job.

These little interactions, as frivolous as they might seem, are parcels of meaning in a world where meaning is rare. And we pay for access to it, just like we pay for everything else, at prices carefully designed to remove every last penny from our bank accounts. Our hunger for each other has been replaced with a hunger for content.

If it sounds crazy, that’s because it is. But ask yourself—how do you spend so much money, yet own so little? What are you paying for? Where does it all go? Your paycheck isn’t going up, but the prices are. Your time off isn’t increasing, but the list of things to do, movies to watch, games to play—it’s only getting longer. We’re emptying our bank accounts to rent our own lives.

A little dramatic? Yeah, probably. There are still some timeless things in gaming, outside the dizzying churn of the AAA release cycle. We can still log on and play a classic game like GTA Online with some old friends, for instance. We can blow each other up at the Los Santos airport just like we always used to do. We can tug on the lines that keep us connected, and feel comfort when these people we love tug back. And good news—the standalone next-gen GTA Online will be free! On PS5 for three months. Then $20 for both systems.