Xbox Game Pass Is Trying to Turn You Into a Dad 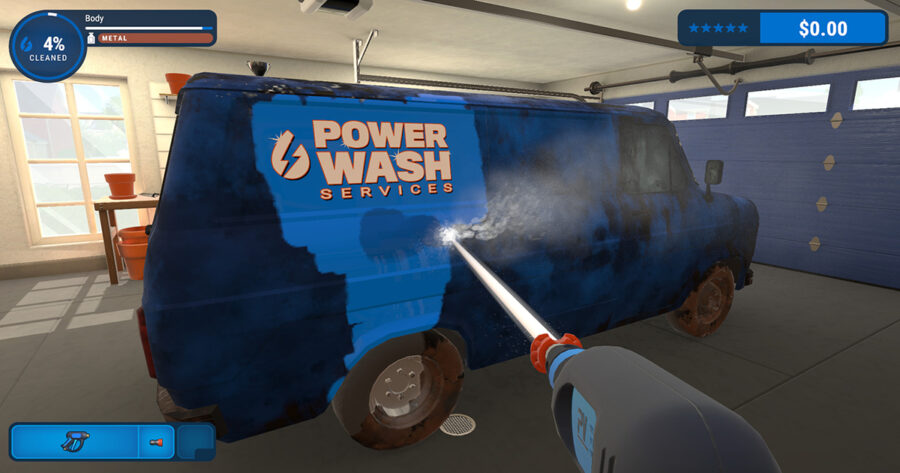 For years now, we’ve all turned into walking billboards for Xbox, hailing Game Pass the “best deal in gaming.” That’s still true, but Microsoft’s game subscription service has slowly earned another distinction over the past few years right under our noses: it’s now the ultimate service for dads.

Just take a look at the list of new games coming to the service in July. Your eye might immediately be drawn to Yazkua 0, Kiwami, and Kiwami 2, which are all available today. But look a little closer and you’ll notice another big title coming on July 14: PowerWash Simulator. In this game, dads can live out their ultimate power fantasy by washing really dirty decks. Just the grimiest garages you can imagine.

PowerWash Simulator isn’t a one-off example of a dad game on the service; it’s part of Microsoft’s long-running attempt to turn Xbox Game Pass into the must-subscribe service for fathers. If you don’t buy that there’s a trend happening, here’s a quick rundown of video games you can play on Xbox Game Pass: House Flipper, Lawn Mowing Simulator, Farming Simulator 22, Bassmaster Fishing 2022, F1 2021.

If you’re feeling a sudden urge to grill after reading that, that’s the dad agenda at work.

It’s a smart play for Microsoft, which has a long history with trying to be your uncle’s favorite video game company. Long before it created the Xbox, Microsoft made a massive name for itself with games like Microsoft Flight Simulator that tapped into the father market, much like how Wii Sports tried to turn your grandma into a toxic gamer. We’re now seeing that plan come full circle with Game Pass as it adds more power tools than a Home Depot.

While it might seem odd that Microsoft is so eager to hook your old man, there’s a more terrifying reality here: maybe you are the dad.

The original Xbox is over 20 years old. If you owned one back in the day, there’s a good chance you’re at least in your 30s right now. Perhaps this has been Microsoft’s long-game all along. Rather than continuing to make games for an aging player base, it’s spent the last two decades raising a new generation of fathers who would one day help Microsoft turn its love for mundane simulators into the most successful business model on Earth. It’s only a matter of time before you get 3 free months of Game Pass with your AARP card.

Rather than fighting off the march of time, maybe it’s time to embrace it. Honestly, PowerWash Simulator is an incredibly satisfying game that’ll make you appreciate backyard chores. The latest Microsoft Flight Simulator is so relaxing that I understand why my uncle was obsessed with the series. I low-key want a wheel and racing seat so I can play Forza Motorsport next year. Hand me a Coors Light; I’m ready.