skate. Will Be Filled With Microtransactions, Just Like Real Skateboarding 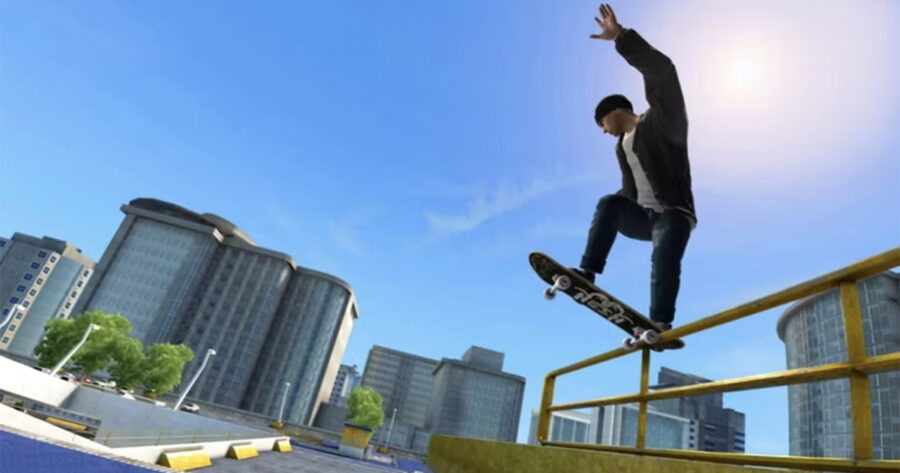 Despite the Skate series’ attempts to offer a more realistic skateboarding simulation, it’s still not real enough for hardcore skaters. Skate 4 – or skate., as I guess we have to call it now – is finally addressing that complaint in the most EA way possible: It’s going to be a free-to-play game with microtransactions. After all, what’s more true to the skateboarding lifestyle than having your wallet drained by little hidden fees that add up over time?

EA confirmed that it won’t utilize pay-to-win mechanics for skate., but it’s unclear what the game’s shop will contain. Wheels? Deck graphics? Truck colors? Hospital bills? That all has the potential to add up if you want to live your skateboarding dreams. That might be the most honest depiction of real skateboarding we’ve ever seen in a game.

If you’re a beginner, real skateboarding has a low cost of entry (though it’s not free, like skate.). You just need to buy a board and start moving. Though to be safe, you’ll also want to pick up a helmet and some pads. Easy and cheap … if you want to have a miserable time. The more you skate, the more you’re going to want to invest in some better parts to make your ride smoother. Wheels, grip tape, bearings, trucks – all those microtransactions start to add up as you customize your board.

I hesitate to write this in case EA is reading but: Like The Legend of Zelda: Breath of the Wild, parts deteriorate over time too. You’ll need to replace all those parts I mentioned. The less money you spend to do that, the sooner you’ll just have to replace them again. Oh, and don’t forget that you’ll need skating shoes too and those will also need to be replaced. Before you know it, you’ve become a whale in the skating world.

That’s just the functional part of the equation. The hyperrealism EA can really bring to the table is with cosmetics. Skateboarding is an act of self-expression, and that costs cold hard cash in America. Let’s start with the board itself. Deck graphics can range from just the name of the company to an entire painting of whatever the hell the artist making it was feeling when they made it. That graphic speaks to your character; no one wants to roll into some skateboarding compilation video with a Walmart board that says “live, laugh, skate” on it. And you can’t just have any old truck or wheels with that. You’ll want to customize those too to visually complete your board.

The same pressure is on clothing thanks to the commercialization of skate culture. Some skaters find themselves dropping a couple hundred dollars for one oversized hoodie and an extra baggy pair of jeans with a snoopy patch on the back. It doesn’t even matter how good they are at skating – you can’t buy skill, but you can buy cool. In reality, you don’t need to spend a dime on fashion to be a skater, but there’s a psychological pressure there. Like most games with purchasable in-game cosmetics, if your style is on point, outsiders will just assume you are a good skater. When you see one person with a default skin and another fully blinged out in a Fortnite lobby, who do you assume is winning the match?

That aspect of bastardized skate culture is sure to creep its way into skate. Streamers won’t be able to get by off of hours of gameplay, skill, and technique alone. They will need to update their avatars and decks to make sure they stay on the latest trends. In skate., it likely won’t matter if you can tre-flip over a moving train. It’ll be about how good your avatar looks while doing it.

The promise of live updates should keep the profit – I mean party – going. We don’t know how far EA will go with its microtransactions in the game, but it’s safe to assume self-expression will be for sale. That’ll keep the same spots feeling new with evolving style, just like real life. If EA replicates even just one of the aspects of skating I mentioned here, this will be the most realistic and profitable skateboarding game to date.