Microsoft Could Straight Up Buy Sony, By the Way 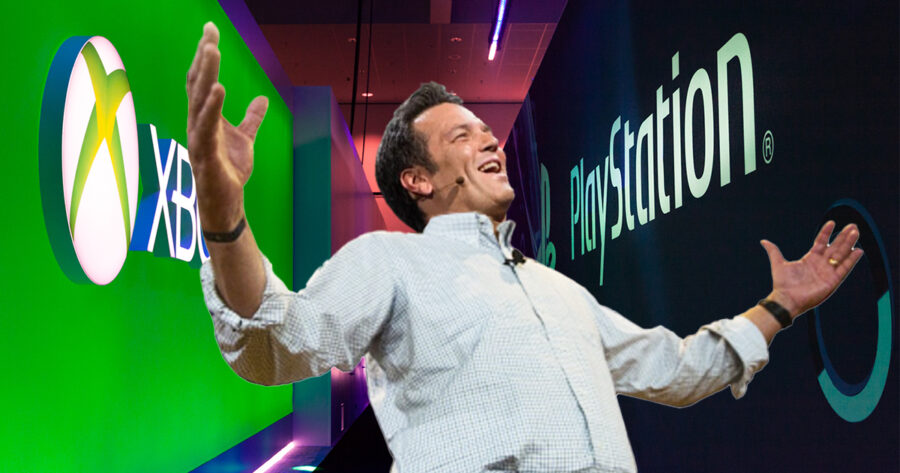 Microsoft is buying Activision Blizzard for nearly $70 billion. If you subscribe to the Wall Street Journal, you can read all about it. If you don’t, we’ll sum it up for you: a large chunk of capital is getting combined with an even larger chunk of capital. Blah blah blah. Happens all the time. More and more. But what does this deal mean for us, the gamers? It means we won’t have to talk about the Console War for much longer.

We can argue about the PS5 and Xbox Series X, but let’s not kid ourselves about Microsoft and Sony. Microsoft has a market cap over $2 trillion. Sony’s is about $150 billion. For years now, Microsoft has maintained over $100 billion cash on hand. They can write a $70 billion check for their gaming division like it’s nothing. At worst, maybe Phil Spencer feels bad about buying Activision Blizzard like when you realize you’re spending a little too much on coffee. By contrast, gaming is Sony’s largest segment. Sony’s bread and butter is Microsoft’s trip to Starbucks.

If Microsoft can buy a $70 billion gaming company, why can’t they buy a $150 billion one? Who would stop Microsoft from buying Sony? Congress? Joe Biden? Microsoft could buy Sony and add the PS5 to Game Pass. Xbox players could finally have the experience of swinging around as Spider-Man until they get bored with it. PS5 stans could finally find a new thing to be mad about all the time. Kevin Feige could argue with Bill Gates over the new Spider-Man 12 trailer reveals.

That won’t happen, of course. Microsoft doesn’t want Sony. But the point is, the Console War is a scuffle for a company the size of Microsoft. In the long term, capital pulls like gravity. The bigger piece swallows the smaller one. Maybe it buys the smaller one, maybe it uses its capital to grind the other one down through monopolistic practices. Either way, it will happen. Capital accumulates. It’s the only thing it knows how to do.

The Console War is starting to look like iPhone vs. BlackBerry. It was barely a decade ago that BlackBerry was still the dominant player. It had a bigger market share than the iPhone in 2010. Tech nerds argued about the hardware, just like gamers argue about consoles. I need a physical keyboard, because I do real work. But they were missing the forest for the trees: Apple was already worth nearly four times BlackBerry’s parent company, Research in Motion. If the tech nerds had looked up from the two phones, they might have realized the fight was already over.

Ten years later, Apple is the first company to hit a $3 trillion market cap. BlackBerry ended all support for its phones earlier this month, and its brand name gets passed around between sketchy phone companies every once in a while. But it’s not about the phones, is it? And it’s not about the consoles. Microsoft vs. Sony? Give it ten years.