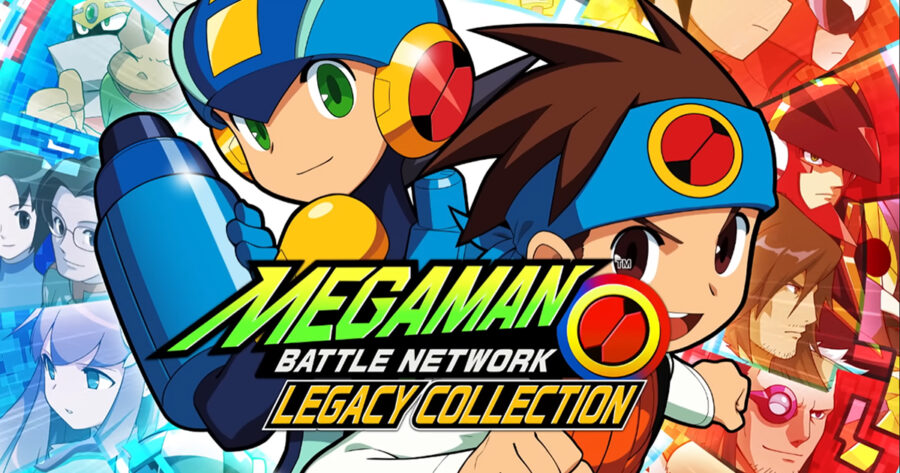 Yesterday was a day of bouncing-off-the-walls, hooting-like-an-ape level of excitement in some small corners of the Internet as fans of the Mega Man Battle Network series celebrated something once thought to be as likely as the second coming of Christ — a remastered collection of all 10 titles to be released next year.

The announcement, first made during the most recent Nintendo Direct Mini, came as no surprise to us at Hard Drive as we predicted it almost a full year earlier. We’re not regularly referred to as the “Unparalleled Nostradamus of Gaming Journalism” for no reason. In fact, it’s kinda getting to our heads, and we’d prefer if you would all stop.

But this tremendous news poses a big question for the competitive community that arguably justifies the collection’s existence to begin with: will there be multiplayer? And will it eliminate the need for the current system? One that is mad fucked up and in no way user friendly to people that just wanna make their little robot guy in the Game Boy shoot lasers?

Shit man, I really hope so.

If you’re in the same sliver of an intersection as me in the Venn diagram of Really Really Into Battle Network and Doesn’t Know Dick All About Computers, we’re in a similar pickle here. The current method for competitive play consists of a tangled daisy chain of GBA emulators, some key ZIP folders, and some shit that connects players’ IPs? It’s a lot. You don’t have to be a genius, but you certainly need less rocks in your brain than me.

While it’s cool that the system allows “net battles” to literally take place over the Internet, it takes a great degree of finagling and is still far from perfect. It’s not uncommon for players with a less than stellar connection to be bounced out of every other match, which, by the way, are painstakingly set up by literally just DM’ing and pinging fellow server members. Most of which are probably strangers. It’s easier and less uncomfortable to set up a blind date.

That headache could finally end with the release of Mega Man Battle Network Legacy Collection if it implements a working online system that doesn’t take a college degree to figure out. Though that could finally put dedicated MMBN fans out of their misery, organizers in the competitive scene note that it could introduce some complications since everyone in the scene currently has stockholm syndrome.

“If multiplayer is implemented, we’ll have a divide,” said Salad, owner of the N1 Grand Prix Discord server, currently the most active hub for MMBN fans and competitors. “People would have to use their in-game saves VS the 100% completion saves we use in the N1GP. If you play on the collection, unless there was a way to easily access everything, it would be a very different game.”

“We just got rollback for most of the games using the Tango client recently, so it’s actually kind of hard to improve on the netcode quality from there,” Salad said. “Personally, I’d like to see it happen with people organically building their loadouts from what they have in-game. It would be interesting to see the metagame evolve, but as an RPG and card game it’s not very balanced to be on uneven terms.”

Salad went on to say that regardless of how player migration shakes out, it all means more limelight on this beloved series in the long run. Want to introduce your friends to the series without buying repro carts or installing emulators? Boom, here’s a Switch cartridge. Want to try and convince them for a second time that it’s not weird or complicated and is actually really fun when you get into the groove? Boom, here’s another Switch cartridge, don’t be so pushy this time.

All in all, whatever traffic comes to the competitive scene and fan community alike as a result of Legacy Collection — will be a “net” positive. Net as in the Internet, like on the computer. It’s from the game. You’ll see when you play it.