K.K. Slider Songs Ranked By How Easily I Could Sneak Them Onto a Party Playlist 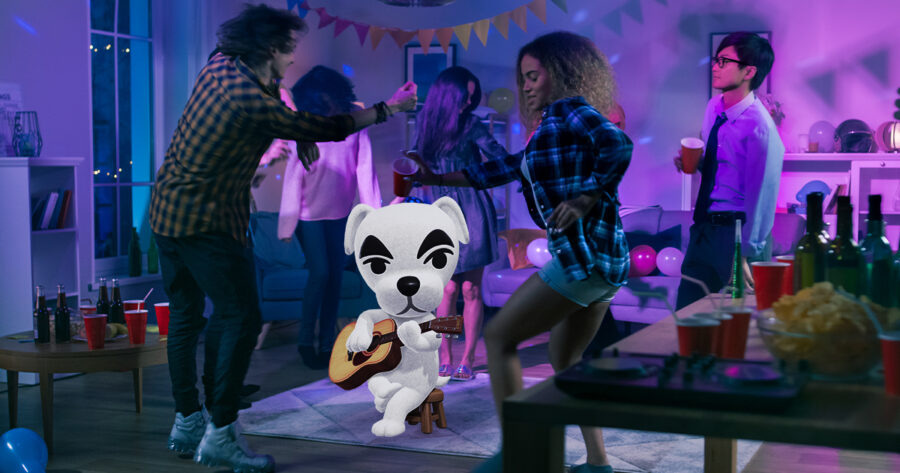 Any Animal Crossing fan will tell you that K.K. Slider is one of the greatest songwriters of our time. The guitar-playing dog has a massive repertoire of songs that span just about every genre imaginable. He’s the modern Lil B, slinging out mixtape after mixtape. Not all of it is high quality, but the hits howl louder than the flops.

That said, your average music listener is likely too snooty to understand Mr. Slider’s immense talents. Play a few notes of his synthesized guitar and you’ll find yourself fighting off eyerolls from uncultured plebeians. The trick is always finding the Slider hits with crossover appeal – songs you could sneak onto a playlist, tell someone it’s a lost Crystal Castles track, and secretly convert them into a fan.

With that in mind, I’ve exhaustively listened to every single K.K. Slider song — both the live versions and the airchecks — to find the 10 songs you could convincingly sneak onto a party playlist if you hijack the aux cable. If these bops can’t convince your friends of Slider’s musical genius, nothing will.

What you quickly learn when embarking on a project like this is that Slider’s Achllies’ heel is his high pitched synths. The biggest struggle with this one is its main synth line, which sits too high in the mix and sounds like an elevator muzak doodle. However, the beat underneath that is one of the most compelling body movers in his catalog. Steal the vocals from some forgotten J Lo song, toss it on top, and no one will know the difference.

If you can get listeners past its cheesy intro, it really shouldn’t be that hard to convince people K.K. Technopop is some long lost LCD Soundsystem beat. The primary groove revolves around a minimalist electronic beat with a deep, squirmy baseline. The high pitched synth stabs really hurt its case though, so you’ll want to crank up the low end as much as possible to drown it out.

Steep Hill basically sounds like a lost Gorillaz track with its moody chords and thumping bass. Perhaps that’s intentional, as its title certainly calls back to Up on Melancholy Hill. If you’re throwing a low key party in a hotboxed apartment, there’s a great chance you could really catch your stoned friends off guard with this emotional banger. That is, as long as they don’t start asking questions about Slider’s questionable synth choices.

You really need to know your audience before trying to slip this one onto a playlist. Put it on at a party full of aging 30 year olds and you’ll get laughed out of the room. However, it’ll kill with the more internet savvy young crowd. Bubblegum K.K. is a favorite among fans and one of Slider’s most heavily remixed tracks. That’s thanks to its blissful bubblegum beat, which feels like K.K. knew TikTok was coming decades ago. That kind of forward thinking is what makes Slider’s work timeless.

Once again, this is one for a special occasion. K.K. Synth is Slider’s most experimental work, built around stuttering synths that sound like they walked out of Radiohead’s Amnesiac sessions. While it’s not the liveliest track, it’s the perfect weapon to deploy against people who grew up on Pitchfork blogs and spend their time droning on about the latest Floating Points EP. Drop the line “Oh you haven’t heard of K.K. Slider?” and you’re golden.

For the top five, we’re going to need some songs with more general appeal. To that extent, K.K. Groove is an easy inclusion. The laid back groove is a bit of easy listening background music that you’d probably hear playing at any Florida tiki bar. The only challenge here is Slider’s use of brass, which is always the corniest tool in his bag, but it’s an undeniably catchy melody that’ll seep into your guests’ unsuspecting brains.

One of Slider’s best songs, DJ K.K. is built for the dance floor. It’s a fast-paced, bass driven jam loaded with catchy synth hooks. You may scoff at first listen, but honestly, what’s the difference between this and a Passion Pit instrumental?

The only downside of this song is its incredibly misleading title. I’m convinced that K.K. Slider has no fucking clue what Drum & Bass music is. After listening to it, I’m not even sure if I do anymore. But throw that gripe aside and you’ve got one of Slider’s “coolest” compositions. Atmospheric synths swirl around a deep central bassline before the entire thing breaks down with shredded electronics. You can get absolutely fucked up to this.

Sometimes the best party jams are the easiest ones. K.K. Disco is totally low-hanging fruit, shamelessly gunning for 70s pastiche. But can you blame the dog when he does it this well? You’re telling me Bruno Mars can make an entire career off stuff like this, but Slider can’t. Ain’t no rule says a dog can’t produce disco, especially when the pup has such a powerful command of rhythm.

I’ll be blunt: You can fuck to K.K. Cruisin’. And you should. This tribute to west coast hip-hop is the best song in Slider’s entire catalog, calling back to the heyday of Dr. Dre. Like those 90s hip-hop classics, Slider employs squelching synths and a soulful chord progression pulled straight from the G-Funk era. This is where Slider’s genius really shines. The dog isn’t just mimicking genres. He truly understands what makes them special. If you walk into a villager’s house and K.K. Cruisin’ is playing, you know what they’re K.K. Crusin’ for.