I Ranked the 10 Coolest Video Game Crabs, Because I Just Like Crabs 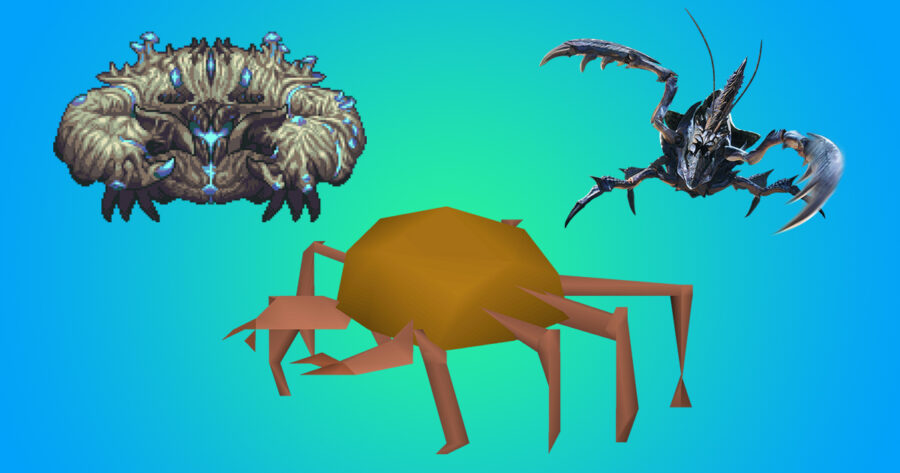 When you think of crabs you may think of those small pinchy little fellows on the beach, or a nice dinner at Red Lobster with Memaw. But when I think of crabs, I think of valiant soldiers, little war machines scuttling around the ocean floor. They’re the coolest dudes in the sea and that’s saying something considering that narwhals exist.

It’s high time that these bad boys get their due, but I’m no nature writer. Video games are my beat, not marine biology. You wouldn’t ask David Attenborough to write an op-ed about Kratos (even though I would read the hell out of that). If I want to get an article about crabs greenlit around here, my options are pretty limited. With that in mind, here’s a list of the top 10 crabs in video games. I don’t want to hear any debates about how well I ranked the crabs. Just let me have this. 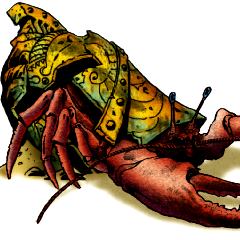 Okay you got me, “hermit crabs aren’t technically crabs.”. I get it, you absolute nerd. However this dude is so rad he gets a place here anyways. Sporting a giant gold helmet like some sort of undersea royalty, he awaits at the bottom of a pit ready to ambush any adventurers who stumble on his home. As a long time Pathfinder DM I’ve seen more than my share of fragile small casters get brutalized by this vicious boy with his grapple attacks and d6+5 damage. CR5 encounters get a whole lot cooler with this bad boy tagging along. 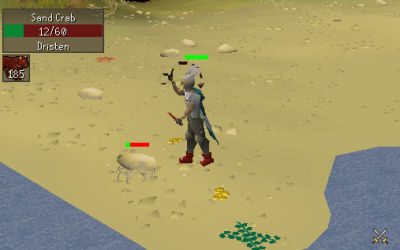 This next crab is one that any Old School RuneScape player knows and loves. The sand crab is the de facto training method for your combat skills. The whole idea is that you can kill a million of these little suckers while binging a show or reading a list of the top 10 crabs in video games. No other crab has as much screen time as these lads. The only downside is sometimes an asshole wearing a cabbage cape named Ub3rW3in3r will come along and take your spot – but that’s less a problem with the crab itself, and more a humanity issue. 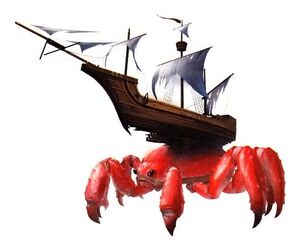 Just the name “Big, Juicy Crab” is enough to invoke a feeling of joy from any self respecting crab lover and I’m here to tell you this one does not disappoint. Sporting a decrepit ship on its back, this mega-sized fucker makes the real-life coconut crab look like an ant. What makes this big honker so memorable is the fight against it, which is burned into my brain. The entire fight is full of left-field innuendos from gaming’s horniest writers, turning crab into a metaphor for ding-dong. I don’t know why they felt the need to do that, though. Crabs and sex? A bad combo no matter how you snip it. 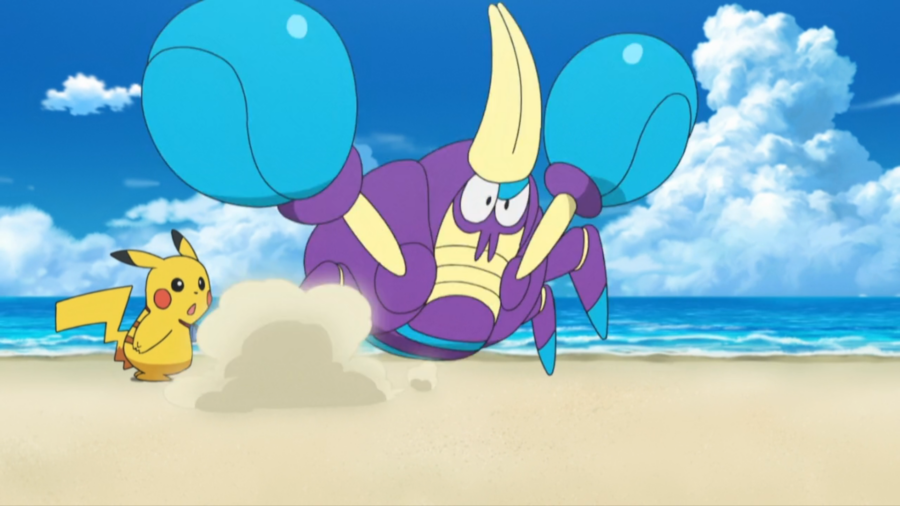 Newsflash kids: Krabby is for children and has been obsolete for years. It’s 2022 time to catch up. Crabrawler is for the real crab-heads out there. From his well groomed head to his cool calm demeanor, you know this guy means business with those big-ass clubs he calls pincers. He wouldn’t hesitate to knock Mike Tyson flat on his ass. The only reason this crab critter isn’t higher up is because he chooses to show mercy to his victims by concealing his pinchers in gloves. I respect it, but I want to see blood. 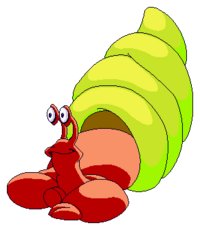 Herman is the only video game crab I know of who himself is a gamer. Sporting a sick RGB shell, two mega sized pinchers, and a smile that could charm even the most conservative clams, Herman is a legend among the ocean. For those of you who aren’t up to date on your Freddi Fish lore, Herman tells Freddi that he cannot sleep, presumably because his Razer Chroma shell is too bright and it’s keeping him awake (a problem we can all relate to). Rather than finding a replacement himself, he gets Freddi to do it for him like a true gamer. For this,  Herman earns a spot on my list. 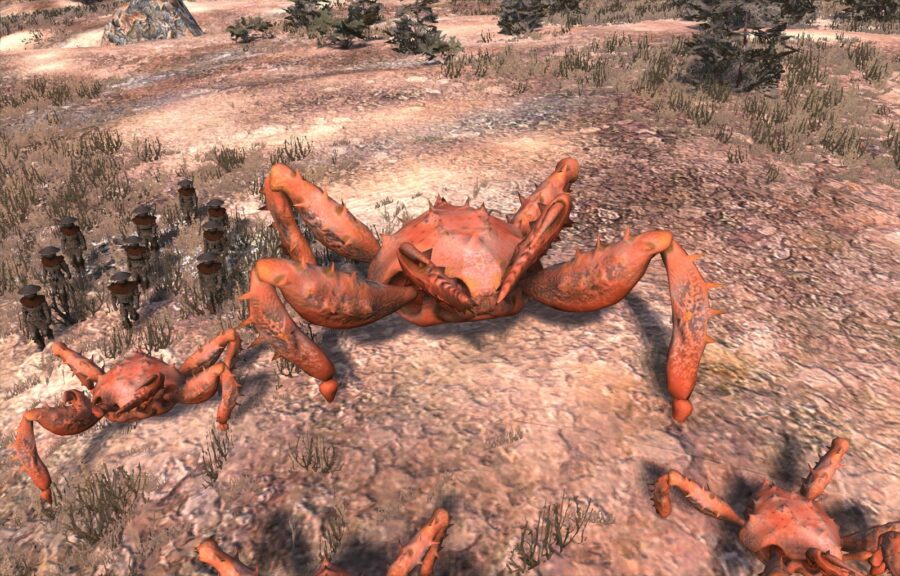 “We crabbed are open minded people. Prove yourself. We have enemies in The Pits. Prove your loyalty to the crabs, and they will do so in return.”

Finally a religion that both A) worships crabs and B) Doesn’t remove bodily autonomy. Crab Raiders are kind people who will let you into their towns to shop and trade. They’ll even let you set up a town on their land, though you may have to prove your loyalty to their crab queen. You can do this by simply volunteering to let the crab raiders assault your town with their giant Megacrabs. These are giant mutated fortresses of red chitin and pure rage and mount a terrifying offense. Your reward? You are blessed with the ability to own your own crab friends and don the holy chitin gear of the great ones. Crab companions in Kenshi may be slow, but who cares? What other game lets you hire a crab as your muscle?

Yeah, yeah, it’s another hermit crab but hear me out: This guy is fucking awesome so I don’t care. Metal Slug 3 is a masterclass in spritework and animation, so it’s saying a lot that I think nothing could top such a beautiful monstrosity, a melding of crustacean and machine. Except well, maybe three other crabs. 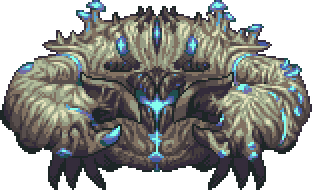 Calamity is one of Terraria’s biggest and best mods available. It adds tons of new content, items, and bosses. This blue mushroom adorned snippy boy just happens to be one of those bosses. He’ll throw you for a spin, spawning mushrooms and generally just scuttling around like a badass. To engage in combat with this crab is nothing short of joy, especially because the fight has some of my all time favorite music from any game that fellow crab lovers should have on the aux at all times. 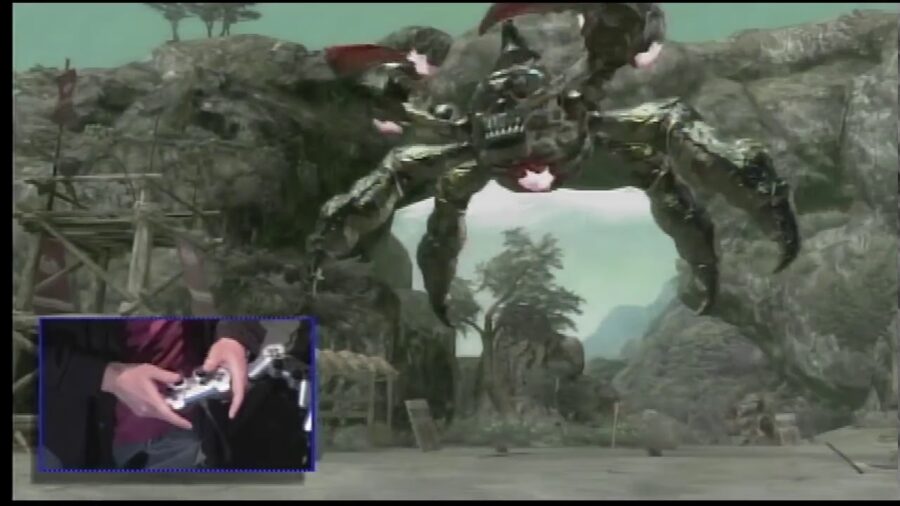 Back in 2006 during the Sony E3 press conference, Genji producer (and fellow crab fan) Bill Ritch claimed that Genji 2’s battles were based on “famous battles which actually took place in ancient Japan.” However, in a stellar turn of events, he introduced the “giant enemy crab.” Laugh it up all you want, as many have over the years, but true crab enthusiasts know that if the US military started strapping guns on the back of shells, it’d be all over for us all. 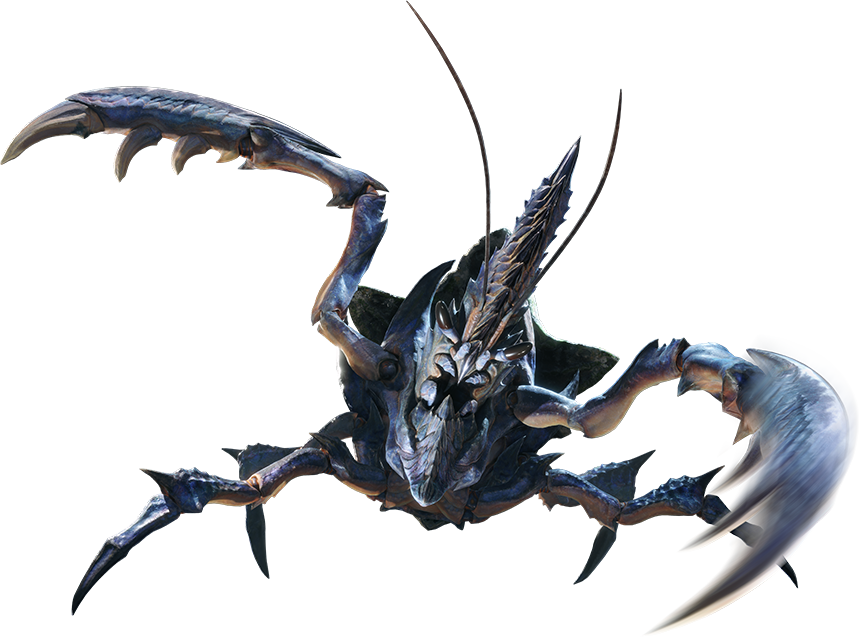 This is peak crab: no outside construction, no performance enhancing drugs, no mercy. Our beloved Shogun is the perfect blend of anime tropes and big crab combat we all love. Sporting a huge shell which it can leave or replace at any time, lightning fast attacks, and two claws that are a match for even the sharpest katana, the Shogun leaves nothing but shreds in its wake. Originally from Monster Hunter 2 the crab king returns in Sunbreak, the new expansion for Monster Hunter: Rise. Don’t even try to slay it. Just lay down your life.