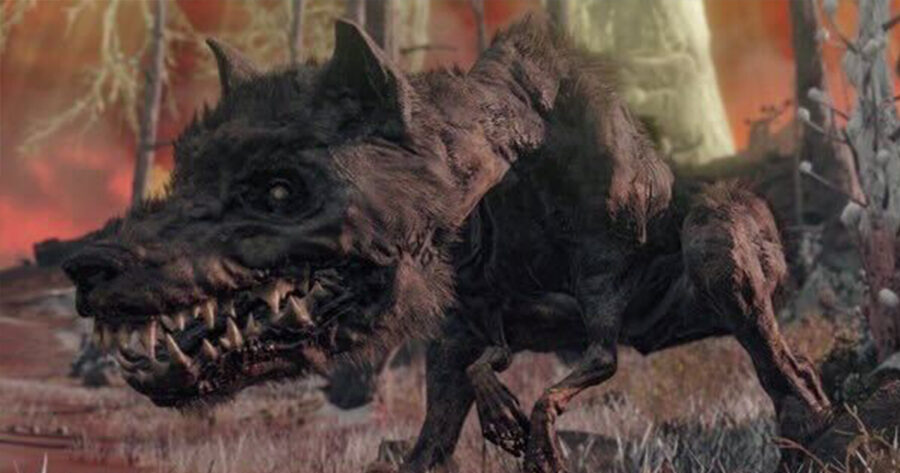 Hello Elden Ring, I’m writing to you because I see that you’ve been patching yourself quite a bit lately. You’ve nerfed this weapon, you’ve buffed that spell. You’ve left Rivers of Blood alone because you know that move is perfect as is. Yet, you continue to be obstinate when it comes to implementing quality of life features that most PS2 games even have.

I can look past all of that if you just give me the option to pet one of those giant nasty dogs.

You can continue to require me to make a group with a secret password, pull out one of the several severed fingers I have in my item menu and wait while your server S L O W L Y finds the two other people that have the secret password to let them enter my world so we can play fifteen minutes of co-op together if you just gave me the ability to give that huge ass blood drenched K9 some scritches.

I don’t need a menu full of options, difficulty modes or a story that’s not conveyed mostly through obtuse item descriptions and British people saying the vaguest shit between maniacal cackles. I only ask that you give me a button prompt that says “press blank (I’m sure you’ll pick the weirdest button possible) to pet” when I walk up to one of those massive honkin’ pustule covered hounds.

Hell, I’ll meet you halfway. Make me go through a vague quest line where I have to run into some weirdo named “Mutt, The Lamentor of Crevices” in three random places I’d never think to look once I reach eight arbitrary milestones. After all that, he can hand me an item called “The Phosphorous Paper Weight of Dog Interfacing” that allows me to pet those bad boys. You can even make it where after I pet one some inscrutable logo pops up underneath my health bar and I have to spend several hours pouring over a reddit thread to figure out what it means.

Look FromSoft, I get that the reason you’re so successful is BECAUSE you refuse to kowtow to convention. That’s why hardcore Dark Souls fans adore you, while the haters feel like someone’s playing a cruel prank on them. You flick your cigarette butt in the eye of conformity and blaze your own trail. But sometimes, it can be a little exhausting putting up with your rebellious ways. Sometimes it’s nice to be conventional and give players just one traditionally satisfying feature that everyone can enjoy.

Just throw me a bone and let me pet that fucker.