Cloud Gaming Will Open the Door for New Frontiers, Like Gaming Becoming as Dogshit an Experience as Streaming 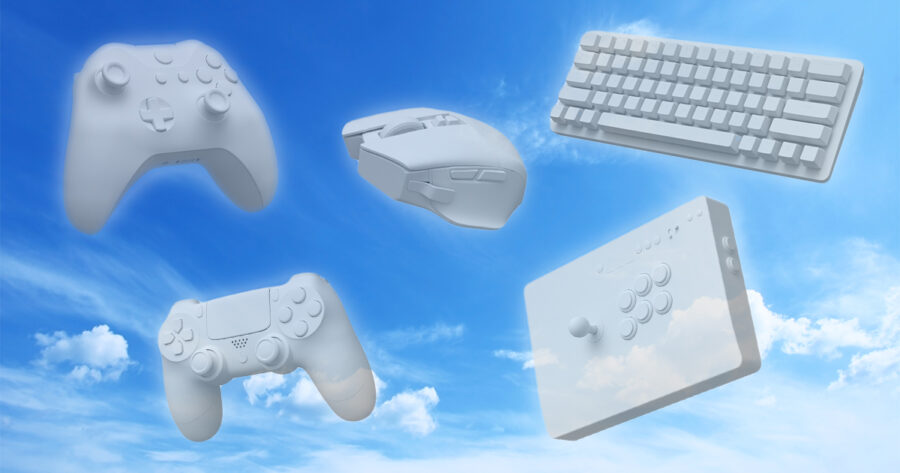 Everyone’s dunking on Netflix after it had one of its most dogshit weeks in company history. Over the course of just a few days, it lost subscribers for the first time ever, saw its stock plummet, announced a plan to crack down on password sharing, and finally caved to the sinful temptation of ad support.

While some of these issues are specific to Netflix—and we have to keep in mind that, according to emerald mine heir billionaire Elon Musk, the woke mind virus has been making the site unwatchable—their woes are really just a microcosm of an industry-wide trend: streaming has been getting worse since pretty much the moment it came into existence.

What began as a convenient novelty that compiled some of your favorite movies and TV shows in one place has slowly become a decentralized hellscape. Virtually every entertainment conglomerate (and an evil tech giant or two) has created their own walled garden that includes a smattering of recognizable IP, swamped by a deluge of hastily-conceived original content that’s theoretically catered to the masses, but in actuality doesn’t appeal to a single human being. Streaming used to mean binging 30 Rock—now it means autoplaying trailers for dogshit that looks like the fake movies in 30 Rock.

And the problems with streaming reflect an even broader societal issue: in general, subscription models are on the rise, and consumer ownership is on the decline. Nobody owns anything anymore. Instead, we pay a zillion monthly fees for the privilege of giant corporations offering us a temporary, limited, fickle selection of content, products, and services. People are seemingly less willing to pay 50 bucks for one thing, and more willing to pay 120 bucks a year for hypothetical access to a bunch of things.

Which begs the question: is cloud gaming also destined to be dogshit?

Don’t get me wrong, I’ve been loving the rise of subscription services for gaming thus far. Through Xbox Game Pass alone, I’ve gotten to download dozens of incredible games—and I’ve even played a couple of them. As cloud gaming technology improves, I’m just as stoked as everyone else for the day I can play Skyrim just by clicking on its icon (instead of clicking on its icon, starting a download, and finding something else to do with my life for 45 minutes. Or worse, playing with one of the physical copies I already own.)

But here’s what worries me: when experts try to explain cloud gaming in the simplest possible terms, they’ll often resort to the phrase “Netflix, but for video games.” In doing so, they’re trying to evoke a world where you can open up a menu, browse a broad selection of video games, pick a favorite, and start playing immediately with no downloads required. They’re describing 2012 Netflix, and as a person who cannot allow myself to be happy, that analogy immediately triggers me to foresee the dogshit of 2022 Netflix.

Imagine a world where you’ve sunk 80 hours into an epic AAA title, only to find that it’s being dropped from the subscription service at the end of the month. Imagine a landscape where every single tech company launches its own cloud gaming service, forcing you to sign up for multiple subscriptions to cobble together a respectable library. Imagine a situation where an in-game advertising platform is fully integrated into iOS, Android, PlayStation, and Xbox, ready to interrupt your Elden Ring boss battles with a quick word from BetterHelp.

Now open your eyes and click the hyperlinks, gamers—because thanks to the inevitabilities of capitalism, all that dogshit is already happening. (Make sure to open in a new tab and read the articles later, though—it’s really important that you linger on the Minus World website as long as possible. Maybe even click a few ads while you’re here because it’s the only way we keep the lights on around here. Sorry, what were we saying about capitalism?)

Granted, gaming is awesome enough—and individual games are expensive enough—that I’m willing to overlook most of the annoyances that are associated with subscription models. But ads are the one thing that could fundamentally ruin the immersion and escapism that define my favorite gaming experiences. And if the streaming industry’s recent panicked scramble to ad-supported tiers is any indication, ads on streaming content of any kind may be inevitable.

Sure enough, when Facebook launched their cloud gaming service in 2020, the company’s VP of Play Jason Rubin—a man whose title makes it sound like he reports to Jigsaw—literally boasted that they would be “blurring the line between games and ads.” (This is the most offensive invocation of the phrase “blurred lines” I have ever heard.)

Meanwhile, the head of Anzu—the aforementioned in-game advertising company that already has deals with all the big gaming platforms—has described advertising in AAA games as a “natural next step for Microsoft” that could even “enhance the realism of games.” And to be fair, he’s right. Real life is dogshit, in large part because of dogshit ads, and adding dogshit ads to video games would make them a lot more dogshit. Just like real life!

Look, despite the question I asked 8 paragraphs ago, I’m not saying that cloud gaming is destined to be dogshit. But I am saying that today’s inflection point for cloud gaming feels eerily similar to the inflection point that streaming reached a decade ago. And while I’m excited to see how the cloud will enable smoother, faster, more accessible gaming experiences, I can’t help but fear that it will also enable a world where gamers have to slog through a bunch of dogshit UIs from every dogshit publisher who decides to create a dogshit cloud gaming service packed with dogshit games interrupted with dogshit ads.

So forge ahead with caution, gamers. For the arc of the moral universe is long, but it bends toward everything becoming dogshit. Hopefully they’ll still let us screenshot stuff.

(By the way, you know what Netflix has been doing to save face as its existing business model begins to fall apart? Buying game studios. Lmfao.)