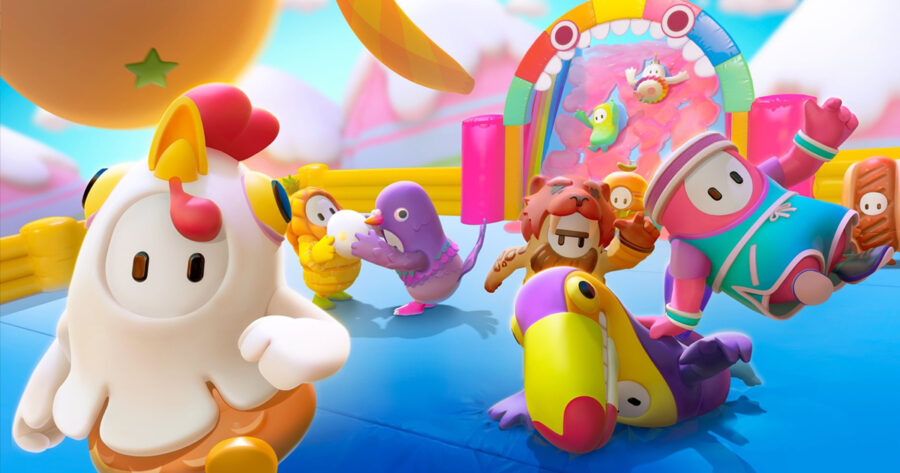 Guess what, gamers! The massively successful and fun platforming battle-royale game Fall Guys is back in the zeitgeist now that it has finally released on the Nintendo Switch and is free-to-play thanks to Epic Games and a whole bunch of expensive costumes you used to be able to get for free. And you know what that means, right? A bunch of unsuspecting children are logging on ready for you to destroy them in games that their grubby little hands aren’t prepared for.

Because at the end of the day, Fall Guys is fun — but it’s not quite ever as fun as the times you defeat literal children with the strategies you learned on a website that they are not allowed to browse because it has a lot of jokes with the word “penis” on it. So without further ado, here’s five pro-level strats for Fall Guys that you can use if you’re some kind of weirdo who’s looking to try hard in this game for children. You know, until your MMR is high enough that you have to play with other adults.

You can straight up trick kids in Perfect Match

Perfect Match is the Fall Guys game where all you have to do is memorize where fruits are on the ground and then stand on the one the game tells you to stand on. Problem is, children have very small brains and usually just look to whoever is confident and strong to be their leader. They simply do not possess the memorization skills required to remember where three to four flashing fruits are. So what you want to do is figure out where you’re supposed to stand, confidently jump to the wrong tile, and then escape to safety at the last second, watching all of your followers fall to their deaths. It’s never too early to teach children about the dangers of blindly following a stranger. And you can be that stranger.

You can skip two whole circles on Whirlygig

You’re running through Whirlygig and you see dozens of fools charging into the big yellow fan at the end of the level, only to be violently launched to the right when they don’t make it through. But you’re an adult playing Fall Guys, so you’re old enough to be able to win that game where someone offers you one marshmallow now or two marshmallows if you wait ten minutes. That’s why you go to the left immediately, to take the safer route with the three spinning circles. Well guess what? You can straight up skip those side circles by jumping left and then immediately diving to the right to get to that middle platform. That’s a goddamn pro-level Fall Guys strat if I’ve ever seen one. You’re going to the Fall Guys championships and you look like Will Ferrell in Elf.

You wanna skip that first ring in Ski Fall

OK so several Fall Guys mathematicians have been crunching the numbers to get the perfect Ski Fall run and it’s time for you to reap the benefits by watching a YouTube video that tells you exactly what to do. There are several strategies out there that involve completely ignoring the first ring in your first run for the golds and this video is an example of that. Feeble-minded children are not capable of the game theory involved in this level of Fall Guys play. They’ll see you walk right past that first ring and think “well that guy’s an idiot” right up until the moment they’re eliminated because they can’t even simple addition yet and you once knew how to do calculus, although admittedly, it’s been a really long time since you had to do it in high school. You remember something about derivatives. Anyway, the children in this Fall Guys round are jealous of your skill.

You can completely skip half of Freezy Peak

According to the guy in this video, you can jump up onto one of those snowball-makers in Freezy Peak and straight up jump to the end of the level. Personally, I haven’t tried to do it because I’m just trying to have some fun with my friends. But if you wanna get sweaty enough at Fall Guys to learn this kind of shit, you can grind out Freezy Peak until you make it your little bitch. Children will think you’re a hacker if they’re old enough to understand the concept of cheating already. Many children won’t even know they’ve lost the game; their parents just queue them up to play another round as soon as they’ve lost and they think it’s just a thing you run around in until time runs out. But the important thing is that you’ve won. You earned that hot dog costume.

You can become an invincible diving god in Tail Tag

If you really want to terrorize children in Fall Guys, you can just automatically win in Tail Tag by diving so often that it’s impossible to grab you. Kind of fucked up, to be honest. Doesn’t even look fun. This might even be considered cruel and unusual in some countries, as doing this to a child might ruin their brain to the point where they will never be able to hold a steady job as an adult. It’s probably evil. But who cares? You’ve got a tail and you cannot be tagged. Enjoy your crown, buddy. You’re the lord of the flies.