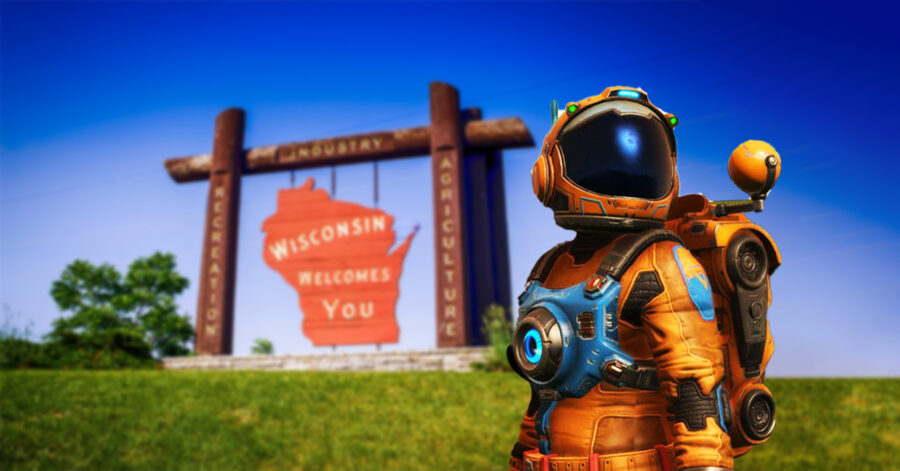 GUILDFORD, England — The latest expansion to the popular space exploration game No Man’s Sky will let you settle down in Wisconsin for a little while, sources have confirmed.

“Oh wow, you just never know what corner of this universe you’ll get to experience next,” said Andre Boone, who’s been playing No Man’s Sky since it was released in 2016. “The last update, Outlaws, let you play as a space smuggler, and before that was Exobiology, which put an emphasis on finding and meeting different aliens, but to go to Wisconsin and walk around the woods and shovel snow out of driveways and just sort of vibe for a while? This might be the best update yet!”

Developers of the game said they’d long wanted to take players to the American Midwest.

“One of the things we got absolutely hammered on when we released was that we’d shown all this cool Wisconsin stuff in the original trailers for the game,” said Sean Murray, co-founder of Hello Games. “And then we launched without a way to go stay in a cabin in Northwest Wisconsin, and the players let us hear it. But we are grateful to everyone that stuck it out with us, and present to you our latest vision: No Man’s Sky: Wisconsin. This one’s been a long time coming.”

“No Man’s Sky is a case study in how to bounce back when your game misfires at launch,” said Renee Washington, a games journalist. “As much as we bemoan the way modern games wall off content and shake us down, we should remember to applaud the pioneers like Hello Games, who have so unselfishly brought us their stunning 4k portrayal of Wisconsin. Not some tourist bullshit, either. I’m talking hardcore Wisconsin. Where people are waiting for their neighbors to die so they can get their Packers tickets. This is my game of the year”

Hello Games still hasn’t confirmed a release date for the Wisconsin update, but has released a teaser video, showing a cosmonaut wandering away from their crashed ship, holding nothing more than a case of Milwaukee’s Best Ice.