New ‘Spider-Man: No Way Home’ Trailer Reveals That It’s Approved for All Audiences by the Motion Picture Association of America, Inc. 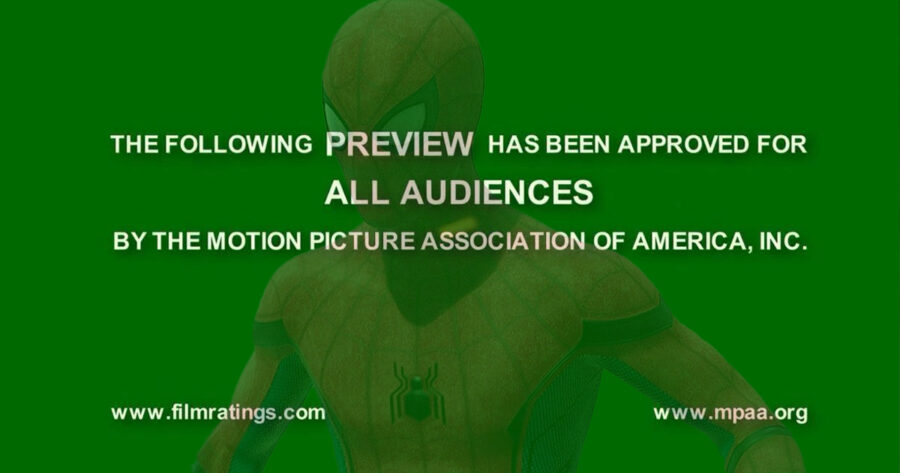 LOS ANGELES — The latest trailer for Marvel’s upcoming Spider-Man: No Way Home has revealed a bombshell new development for the buzzy new installment: the trailer has been approved for all audiences by the Motion Picture Association of America, INC.

“This is a gamechanger,” noted MCU superfan Don Crewls, pausing the bright green pre-screen to scan for details. “Who are these Motion Picture Association of America people? Have they emerged from the multiverse? Are they friend, or foe? Are they shapeshifting skrulls? Is being part of the MPAA its own job or is it kind of like a Parent-Teacher Association where everyone volunteers after regular work? Are you supposed to pronounce MPAA as a word like SHIELD? I can’t wait to find out.”

Fans have been picking apart the trailer since the anticipated drop.

“If you zoom in on the ‘all audiences’ notice, the words start to get blurry. This could be HUGE,” noted Spider-Man devotee Alyssa Herro. “Could it be a nod to Mephisto manipulating our perception of Peter’s story? I have a 4k screen so it can’t be anything else.”

Even the big wigs at Marvel couldn’t stop themselves from joining in on the fun.

“We’re only a few weeks out, so I knew we had to do something big,” noted Kevin Feige, who charmingly noted that he had to make sure Tom Holland didn’t spill the beans. “It’s a thrill to incorporate the rating-approval folks of the MPAA, who fans know from their work on the last two Spider-Man trailers, all of the other MCU trailers, and all trailers since their inception in 1922. For our sake, they’re like the trailer version of China.”

At press time, when questioned if the MPAA would also be weighing in on the upcoming trailer for Doctor Strange in the Multiverse of Madness, MPAA CEO Charles Rivkin winked and said he simply could not say at this time.