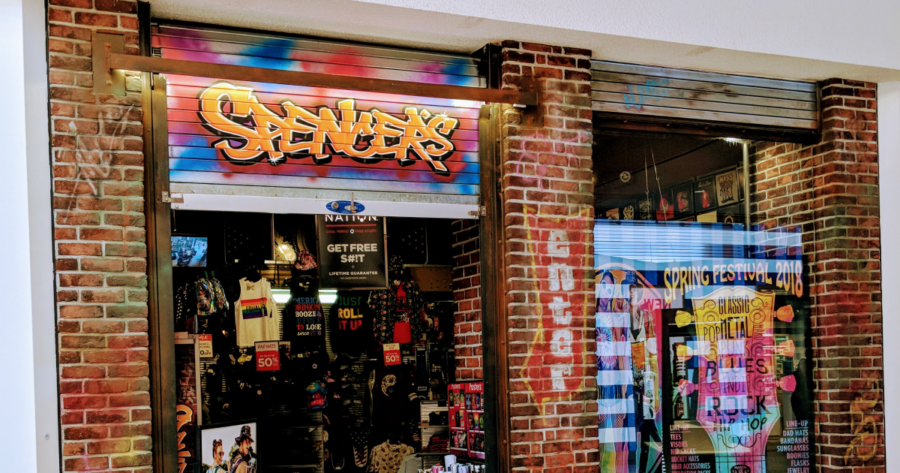 EGG HARBOR TOWNSHIP, N.J. — In a sweeping policy change, popular mall retailer Spencer Gifts announced today all shoppers at their signature Spencer’s stores over the age of 18 must be accompanied by a 13-year-old.

“It’s a common sense decision meant to protect our most vulnerable guests,” said Spencer Gifts CEO Steven Silverstein. “Unaccompanied adults wander into our retail locations all the time. While we’re happy to provide remote-controlled fart machines and poop emoji flasks to our community’s youth, no legal adult should be browsing our stores. Therefore, it’s imperative we take proactive steps as a corporation to prevent any grown man from having access to novelty Deadpool wallet chains or testicle-shaped stress balls.”

“Requiring all adults to be with a 13-year-old, the only person who should be purchasing a Dark Side of the Moon incense burner, will keep all of our shoppers safe,” he added, sipping Diet Coke from a pink penis straw.

While retail analysts have commended the new policy, the backlash from some adult customers has been fierce. The Cherry Hill Mall Spencer’s location was locked down by police after a group of fans burned their “Fuck me I’m Irish” shirts in protest.

“It’s not fair, I’m a grown man,” said Spencer’s shopper and protestor George Riley. “I pay my taxes and work forty hours a week, I should be allowed to make an awkward joke about an officially licensed Borat mankini to female cashiers in peace. This new policy is age discrimination, pure and simple. Where else can I loiter, loudly laugh at the ‘Adios Bitchachos’ T-shirts, and then leave without buying anything? Where else am I supposed to buy the dried sage I crush up and sell to teenagers as weed behind the movie theater?”

“If you think I’m dragging my annoying thirteen-year-old cousin to the mall to get my supply of Freddy Krueger-pot leaf shot glasses, you’re dead wrong,” he continued. “I’m never shopping at Spencer’s again.”

Spencer Gifts has additionally announced another controversial new policy, which requires job applicants to fail a drug test before being considered for employment.