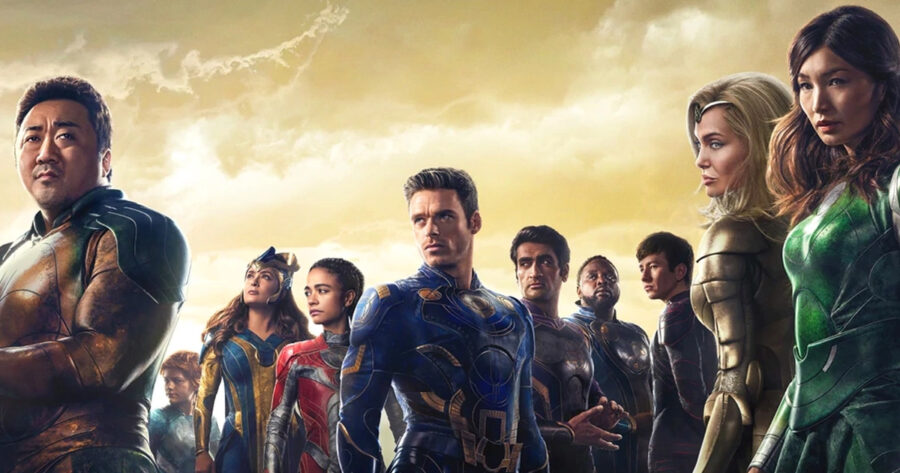 LOS ANGELES — Marvel’s latest superhero flick ‘Doctor Strange in the Multiverse of Madness’ had a substantial script leak today, in which it was revealed that, in the MCU, all of ‘The Eternals’ died in a car accident in between films.

“The Eternals unfortunately cannot save us, the Time Stone told me that they all piled into a station wagon that drove off a cliff and exploded,” Doctor Strange explains to Scarlet Witch in the leaked portion of the script. “I saw their bodies, they are dead and buried and they can never return or intervene again. All of their actions have no effect on our future and I think they would want us to just forget they even existed at all.”

“It was a tough decision to get rid of those characters, but we knew that was the right direction for the MCU after we took a look at the comics and the box office returns,” Feige said. “It’s heartbreaking, but I think this storyline adds a sense of stakes to the MCU for characters that don’t wear their seatbelt. It’s also important to note that the car crash happened in China, something we hope will resonate with audiences in Asia.”

“I know fans are really going to miss…Barry Keoghan’s character…oh come on…I know this,” Feige added. “Um, give me a second. Druig! Yes, people are going to miss Druig.”

At press time, Kevin Feige hinted that fan-favorite Doctor Strange may also die after the upcoming sequel, depending on how he performs overseas.